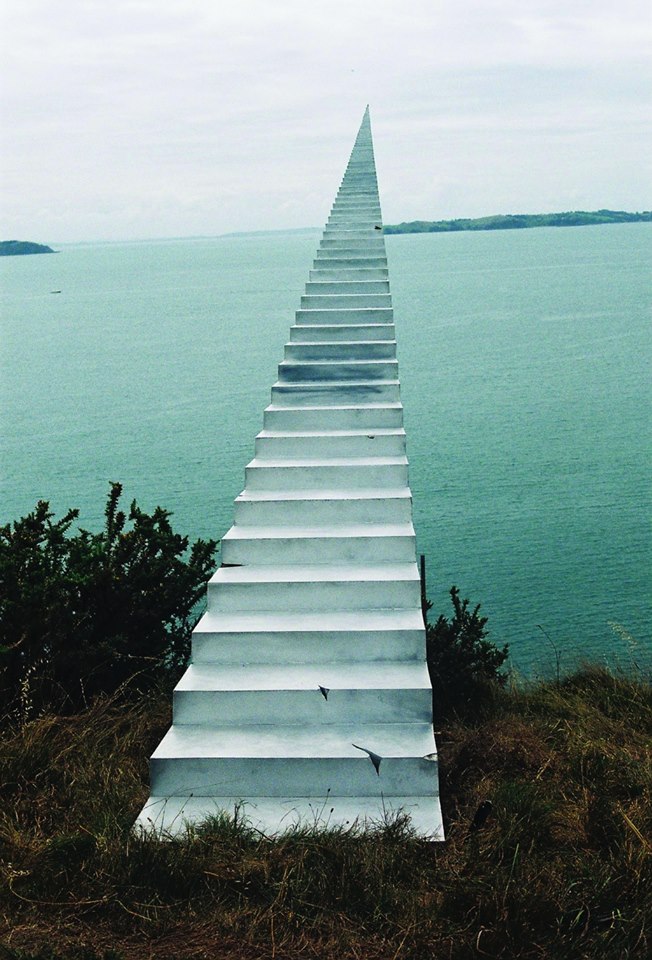 Walking to the Mainland
David McCracken began sculpting in his teens, mostly figurative work carved in wood. Returning to Auckland in his early twenties he worked in a variety of jobs including boat building and construction and gained skills using fibre and later steel fabrication and welding. He became involved in performing arts and in a short time was working full time in the production of sets and props.