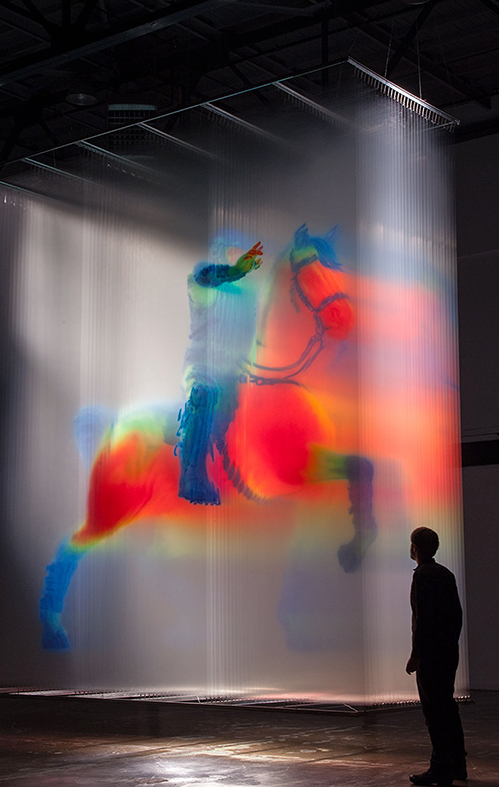 Regisole
Spriggs’ ‘Regisole’ is inspired by the ancient equestrian statue of the same name originally erected during the 3rd century AD for a Roman Emperor in Ravenna, Italy. ‘Regisole’ means ‘Sun King’. Regis is Latin for king, and Sol means the sun. The original ‘Regisole’ was destroyed after the French Revolution since it was seen as a symbol of monarchy. Spriggs’ positioning of the police officer and horse accurately represent the description of the positioning of the original ‘Regisole’, such as with the outstretched hand of the officer in the ‘adlocutio‘ position (Latin: addressing) exercising power and authority.