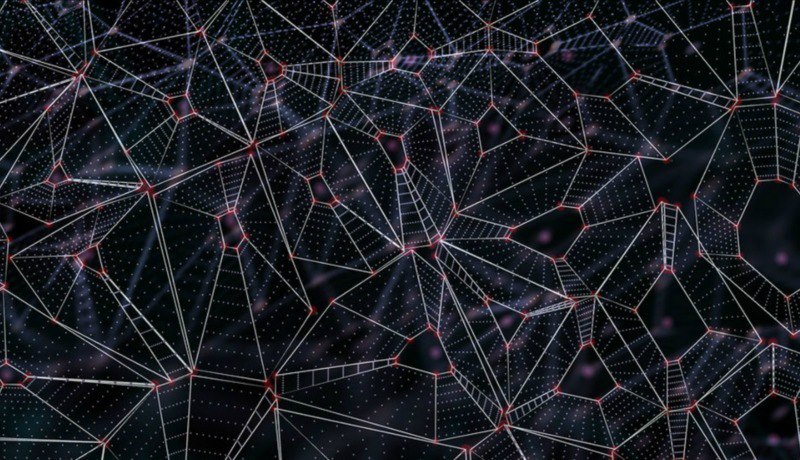 Struct- Generative Realtime Audio-Visual Environment
The target of “Struct” was to create installation which could make immersive environment inside the space of public event dedicated to the opening of the office of an architectural company UNK Projects. It was planned to make this installation fully autonomic during the several hours as well as there was an idea to hold the public interested and immersed into the space of environment during the all period of time.

The main conception of the installation is to create the second alternative scale inside the internal space of the office. It was realized screen projection for this with the size of 18×4 meters and taken almost whole the length of the interior. The Animated surface was projected as the extension of the super-graphic situated on the facade of office`s building. The external graphic was created by Vladimir Garanin. The first one layer is the super-graphic onto the facade and another one layer is the real-time generative graphic inside the interior. The visual image and algorithmic sound of the whole structure are connected each other and are forming the whole organism.