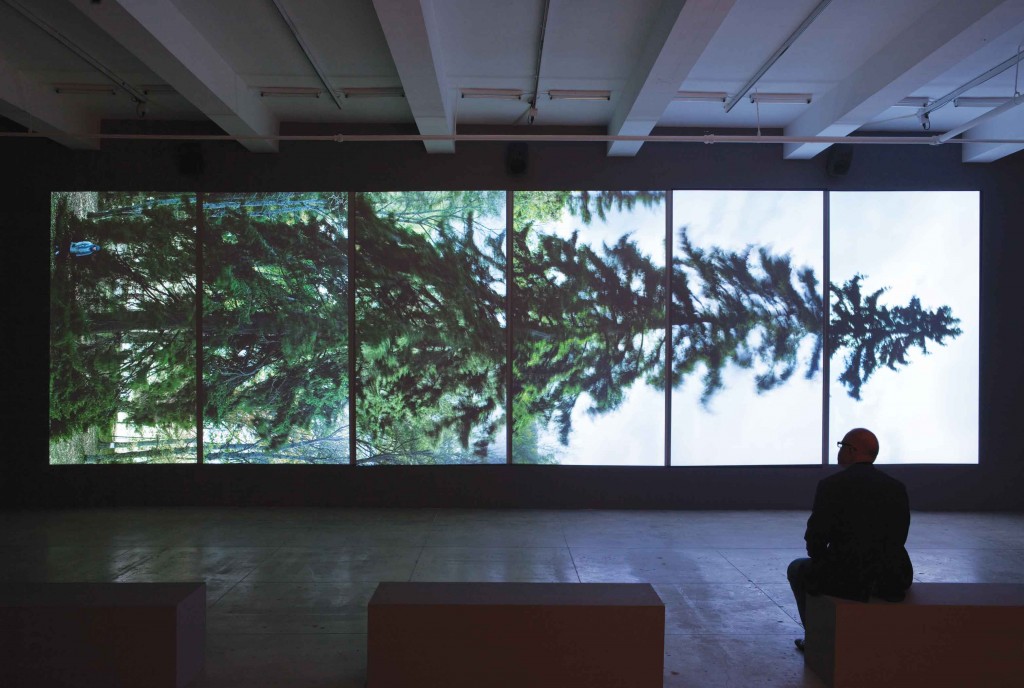 Vaakasuora-Horizontal
The artwork shows a 11-metre tall spruce, with its branches swaying in the wind, filmed at full scale in six parts. The soundscape consists of the sound of the wind, the creaking of the trunk and birdsong. The method of display is, however, unexpected: it is shown in a horizontal position.Vaakasuora-Horizontal is a portrait of a spruce. It is an interpretation of the essence of the spruce, and the difficulty of observing and recording the life of a spruce. How can one capture the very being of a spruce? Each viewer will see the reality differently and each one of them will see the spruce trough glasses tinted by their personal memories and experiences. The artist has wanted to use this artwork to represent the German biologist Jakob von Uexküell’s idea of the parallel and concurrent existence of time and spatial worlds. The work of art, on the other hand, also moves the focus from the human being as the centre of the universe to the greatness of nature; people play a minor part in the greater picture.