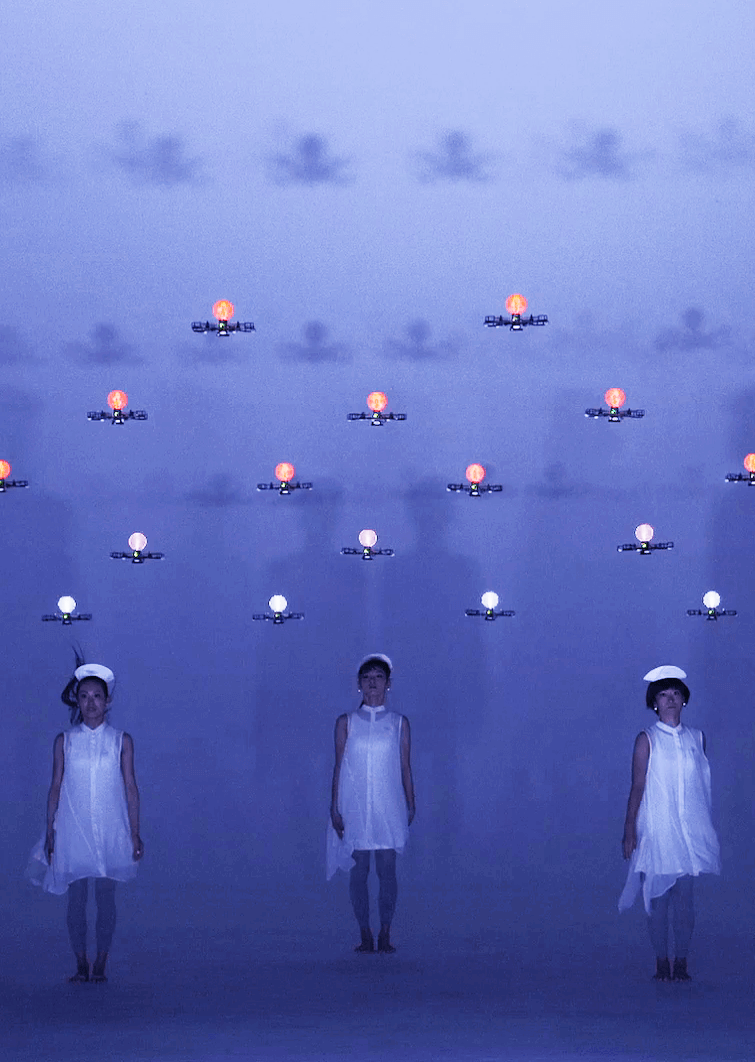 24 drones
24 Drones is a video demonstration of the incredible drones made by Rhizomatiks and their ability to move around 3d space in ways never before seen. With intricate sensor systems both on the drones and in the room the drones are constantly checking their surroundings and mapping them in order to move without colliding with each other or a speaker who stands in the middle of the swarm of drones directing them with gestures and movements. The movement of the drones is not only controlled and safer than ever, the drones awareness of their surroundings makes them appear conscious and gives them a sense of personality.