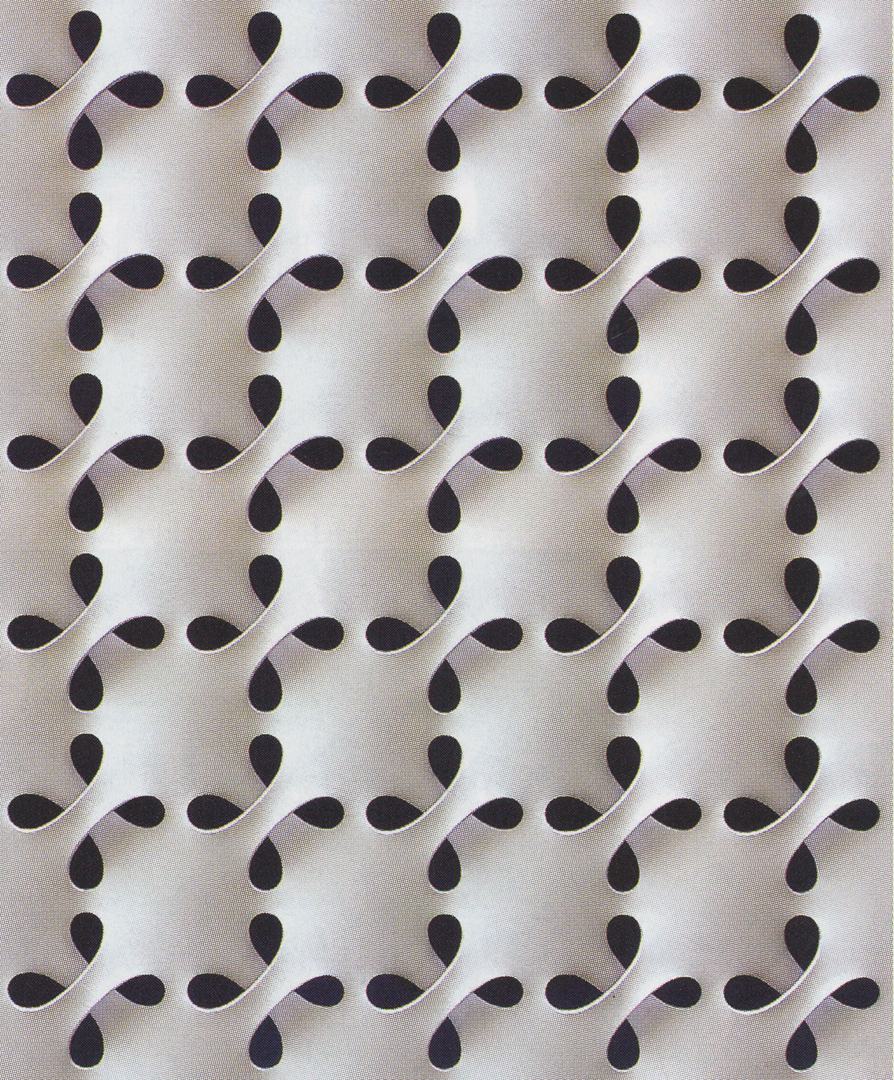 In Continua
The concepts of continuity and potential infinity have been central themes of Erwin Hauer’s opus from very early on in his career as a sculptor. In his native Vienna, he began to explore infinite continuous surfaces that evolved into perforated modular structures that were appropriate in architectural applications. Hauer’s sculptural walls are intricately woven forms that create a visual sense of infinity – a frozen poetry in motion. He patented these designs, developed the technology to produce them, and installed the modular, light-diffusing walls in buildings throughout the United States and seven other countries.