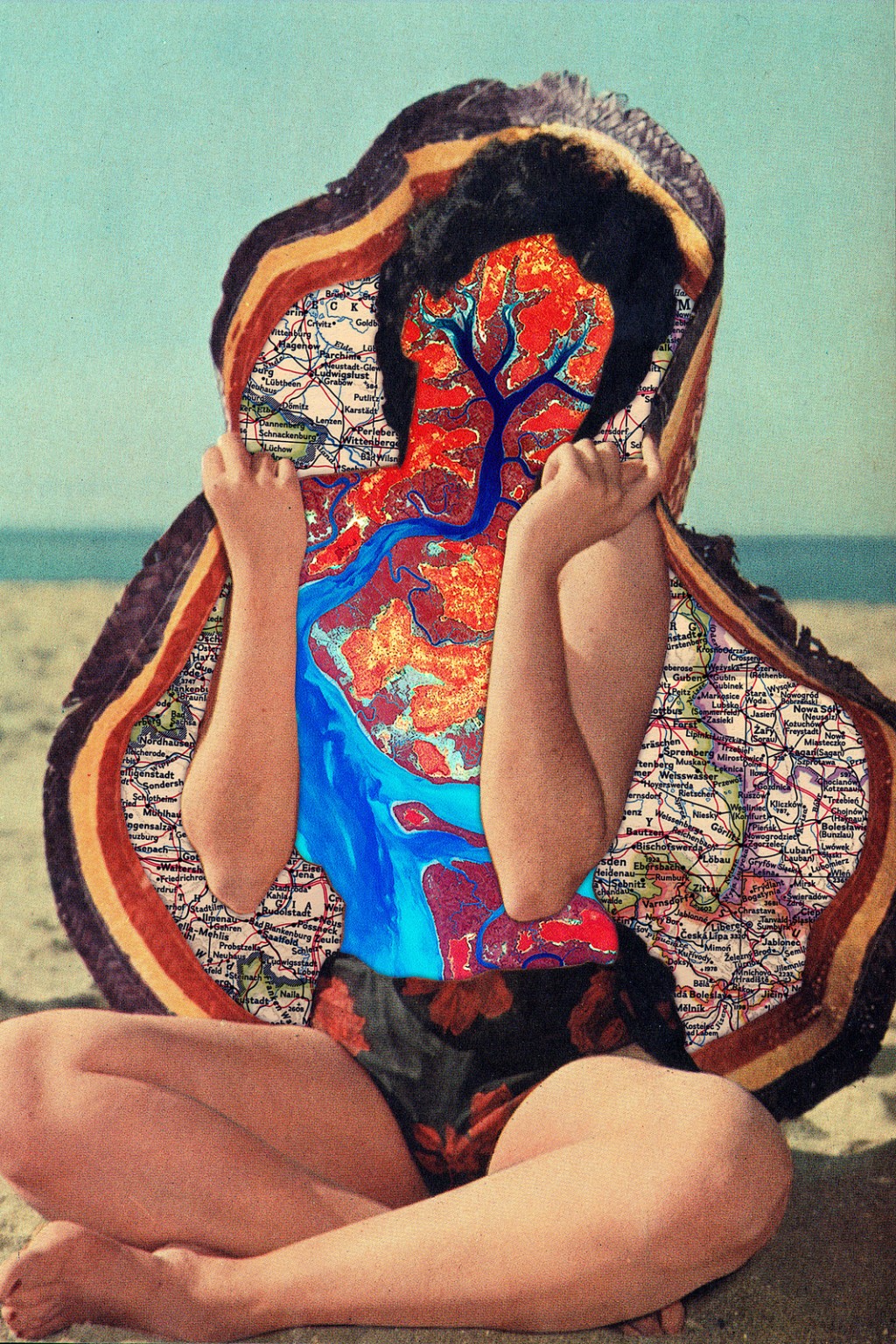 overly sunbathed woman with map hat
“It’s important for me to “say” something with my artwork, so for the vast majority of my work there’s a meaning behind them. I usually do this via presenting a “narrative” scene in my collages, like there’s something bigger going on than what’s merely depicted. Sometimes the scene is witty or sarcastic, some times it’s horrific with a sense of danger or urgency, some times it’s chill. I leave it to the viewer’s imagination to fill-in the blanks of the story plot.”