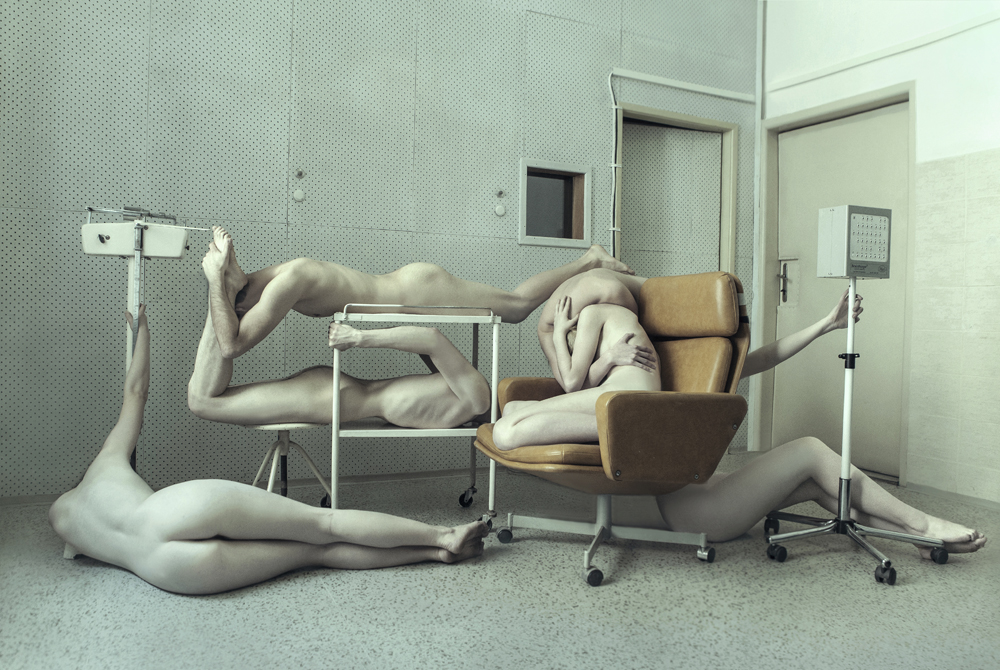 The expressive capacity of the human body is infinite. A naked body, beyond any sexual connotation, is pure art. Conceptual photographs about the idea of the body is what Evelyn Bencicova brings us in her series Ecce Homo (Latin term that means “here is the man” and which is cited in terms of violence or war), in which we see a lot of bodies pile up and form strange sculptural forms. At no time do we see any faces, which helps to depersonify each of the participating actors. The result is somewhat disturbing: we do not know why those bodies are there, or what they are trying to do. It is a mix between choreography, aesthetics and a theatrical performance. Of great artistic sensitivity, there is something in these figures that evokes the feeling of a human collective. Feelings to the surface.