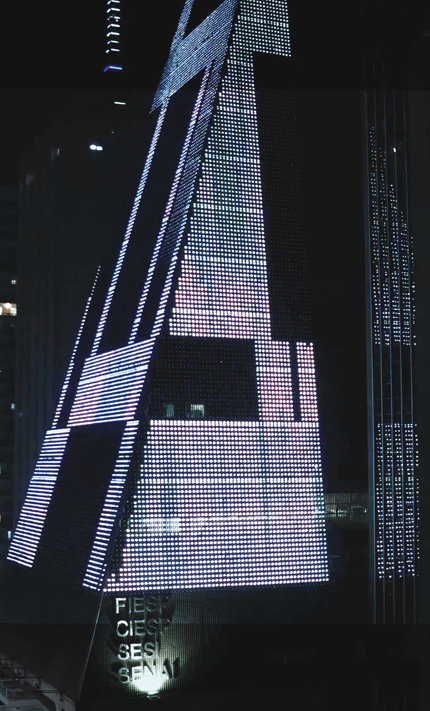 Neuroscientific-Installation
We are invited to São Paulo for our vertical light and sound installation which will transform the facade of São Paulo’s one of the most important architecture which is Fiesp Led Building.
We started this project with the idea that Neuroscience and simultaneous movement of both eyes between two or more phases of fixation in the same direction algorithms, and we transform the high-resolution led screen into a media canvas which transformed into living architecture.