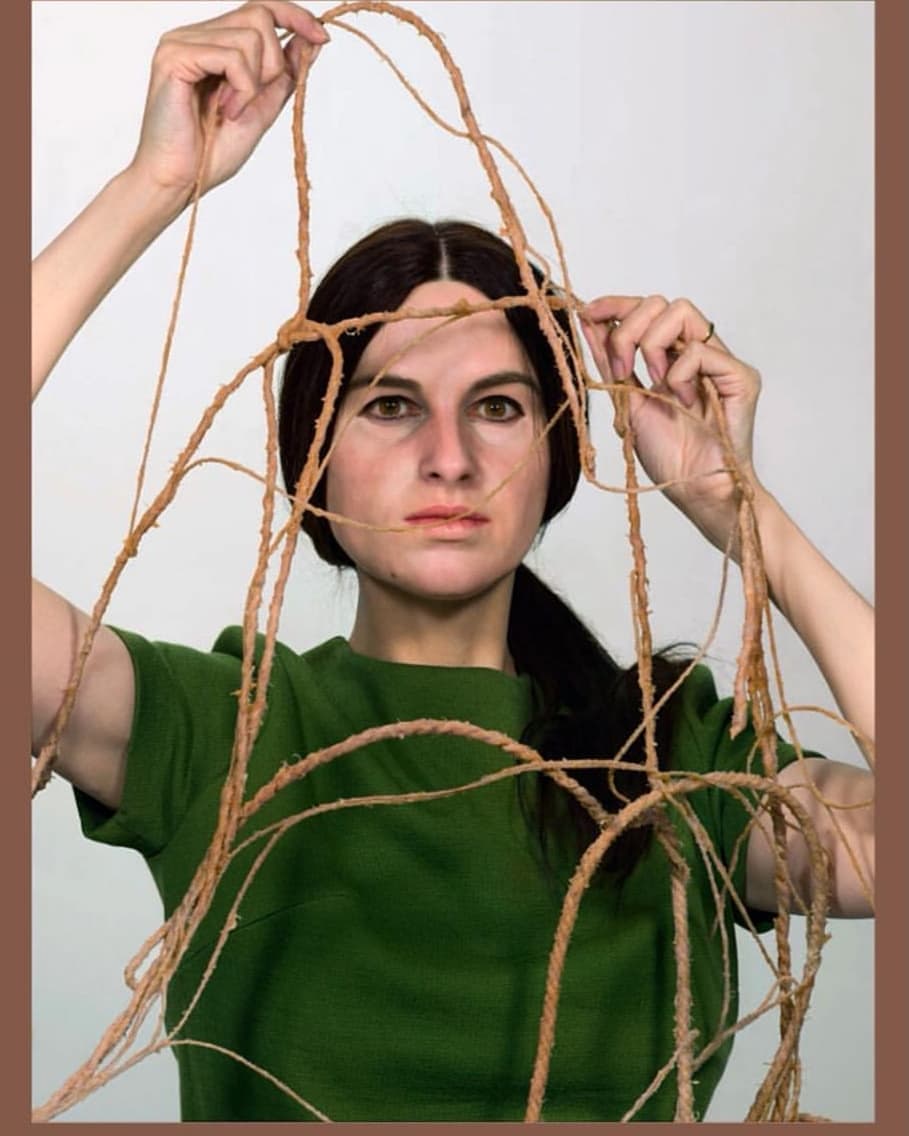 Me as Eva Hesse
Throughout the past two decades, Gillian Wearing’s films, photographs and sculptures have investigated public personas and private lives. Since the beginning of her career, the artist has drawn from techniques of theater, reality television and fly-on-the-wall documentary-making to construct narratives that explore personal fantasies and confessions, individual traumas, cultural histories, and the role of the media. Anonymity through elaborate masks, costumes and role-play has remained a critical part of Wearing’s practice and influential investigation of the ways in which individuals present themselves to others when the self is temporarily concealed.