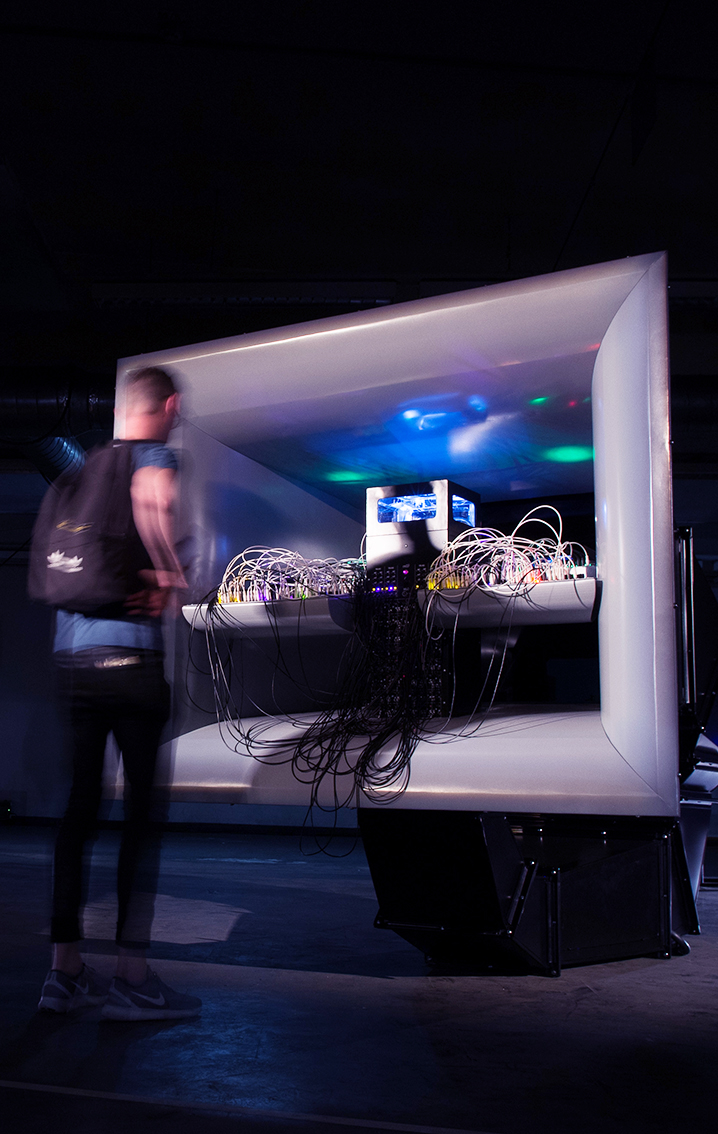 CellF
“CellF is the world’s first neural synthesiser. Its “brain” is made of biological neural networks that grow in a Petri dish and controls in real time it’s “body” that is made of an array of analogue modular synthesizers that work in synergy with it and play with human musicians. It is a completely autonomous instrument that consists of a neural network that is bio-engineered from my own cells that control a custom-built synthesizer. There is no programming or computers involved, only biological matter and analogue circuits; a ‘wet-analogue’ instrument.”Guy Ben-Ary