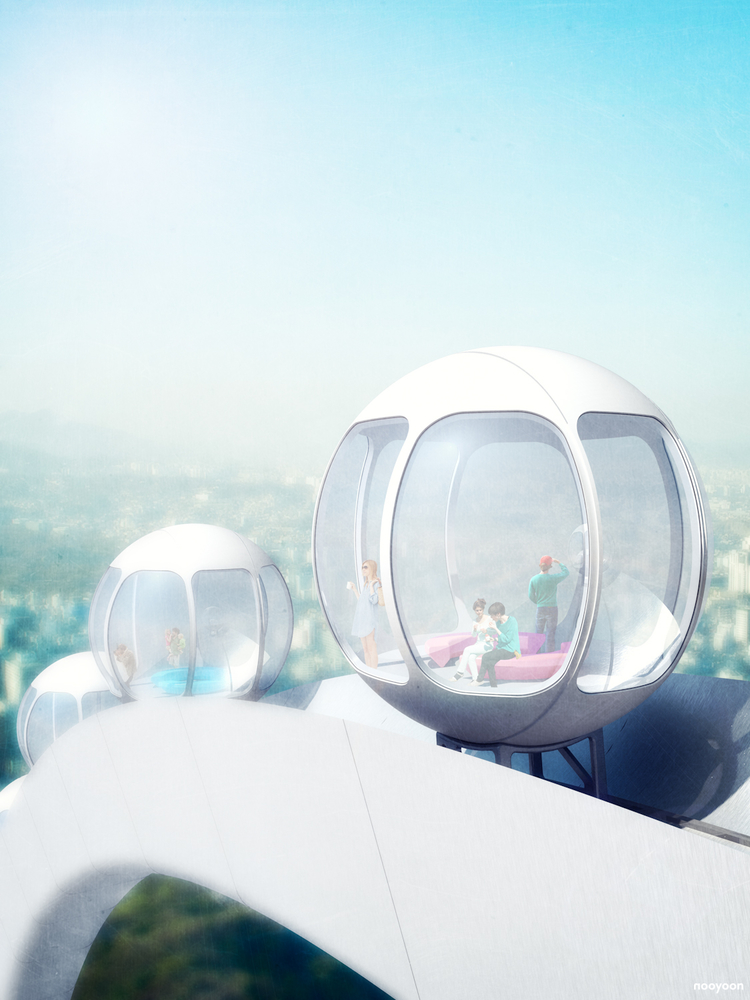 Hidden Gems
Transforming the mopo oil reserve base, south korean designer hyuntek yoon of nooyoon has created a cultural and recreational cluster on the site. Located in sangam, north west of seoul, the abandoned area was previously filled with waste until the 2002 work cup which saw it turn into an an ecological park, digital media city, and world cup stadium. ‘Hidden gem’ seeks to revitalize the last piece of waste-land for public use. The project is based on the following questions: how can five oil tanks be transform to embed recreational programs and how can multiple activities interrelate and operate with each other?