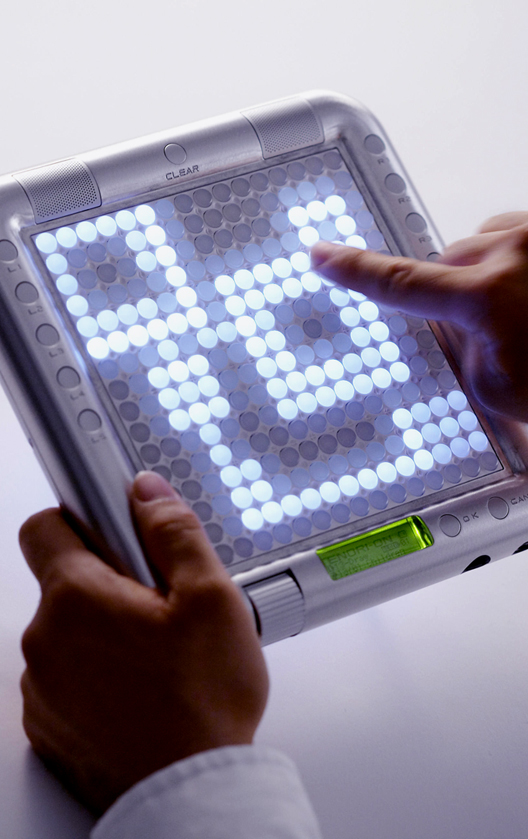 Tenori-On
Media artist Toshio Iwai and and Yu Nishibori of the Music and Human Interface Group, Yamaha Center for Advanced Sound Technology, have collaborated to design a new digital musical instrument for the 21st+century, TENORI-ON. A 16×16 matrix of LED switches allows everyone to play music intuitively, creating a “visible music” interface. It consists of a hand-held screen with a grid of LED switches, any of which can be activated in a number of ways to create an evolving musical soundscape. The LED switches are held within a magnesium frame, which has two built-in speakers located on the top of frame, as well as a dial and buttons that control the type of sound and beats per minute produced.