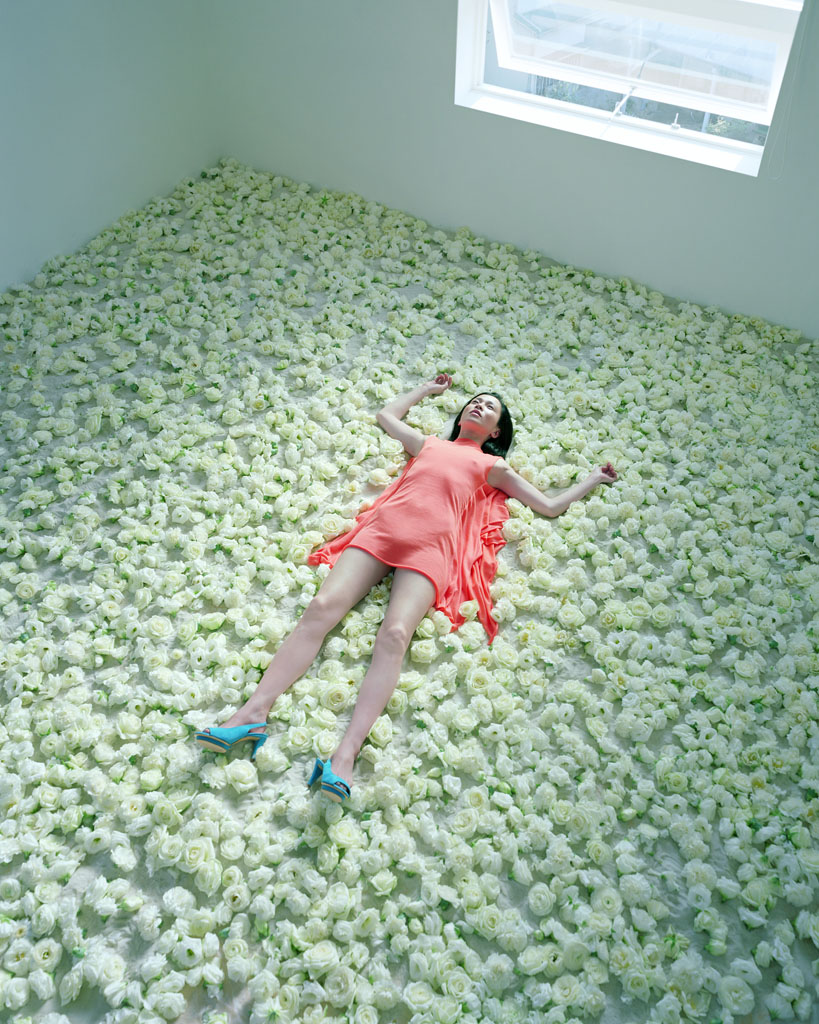 伊岛薫
Landscape with a Corpse
The early 1990s saw Kaoru enter the phase for which he is most well-known. Combining beauty and glamour with bloodshed and revulsion, he began to photograph attractive models and actresses, all elegantly adorned, in sequential shots where their own deaths are portrayed […] Preferring to leave the circumstances of these grisly scenes to the viewers’ imaginations, Kaoru begins with wide-angle shots and narrows to close-ups. In doing so, he makes the woman herself the focus, rather than her death. In fact, he lets the actress or model determine the scene by eliciting her opinion on the perfect death.