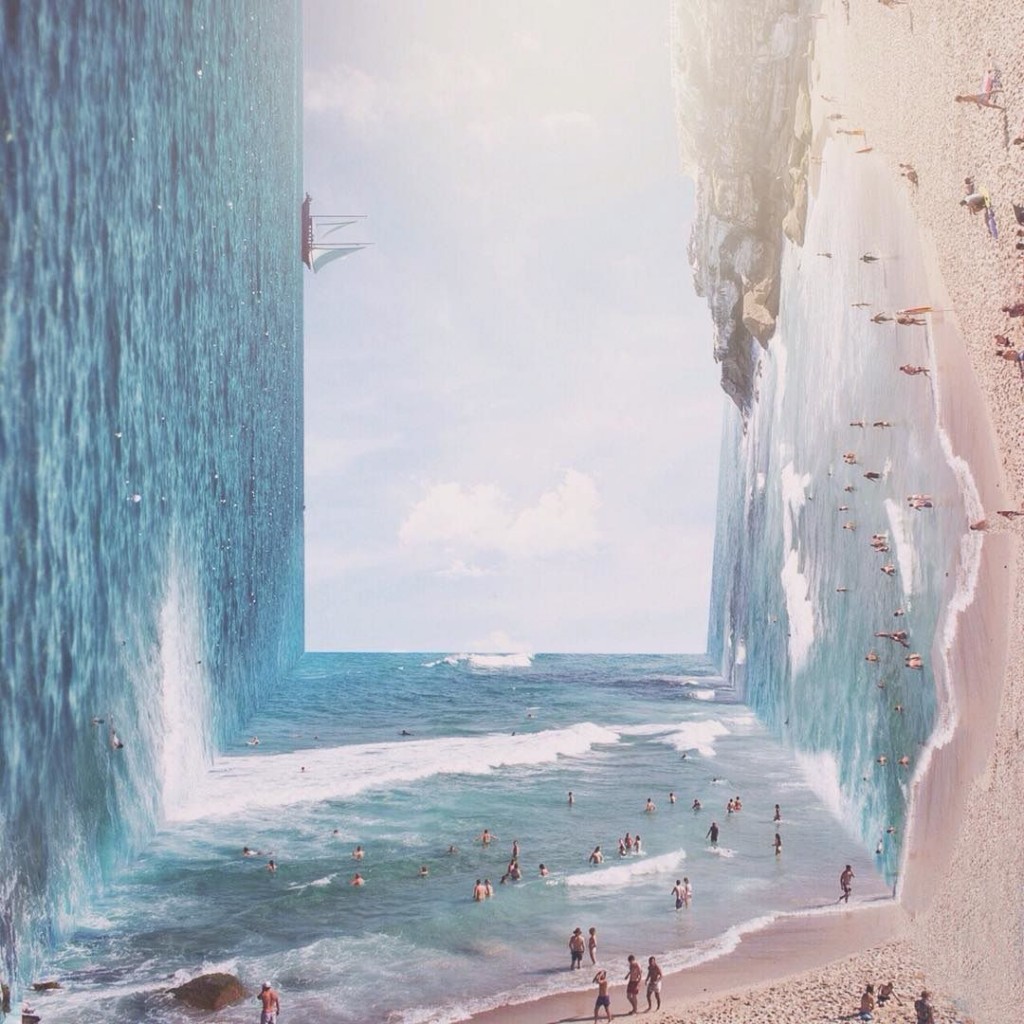 Jati Putra Pratama turns landscape photos into surreal works of art by contorting the scenes to include unusual angles. The Jakarta, Indonesia, graphic designer made waves on Reddit after posting one of his pieces, spawning a flood of copy-cat work, and even a tutorial. Many online commentators write that Pratama’s work is reminiscent of the physics-defying scenes from the hit-film Inception, but this isn’t Pratama’s only style: his Instagram features more traditional (if there can be such a thing) surreal photos as well.