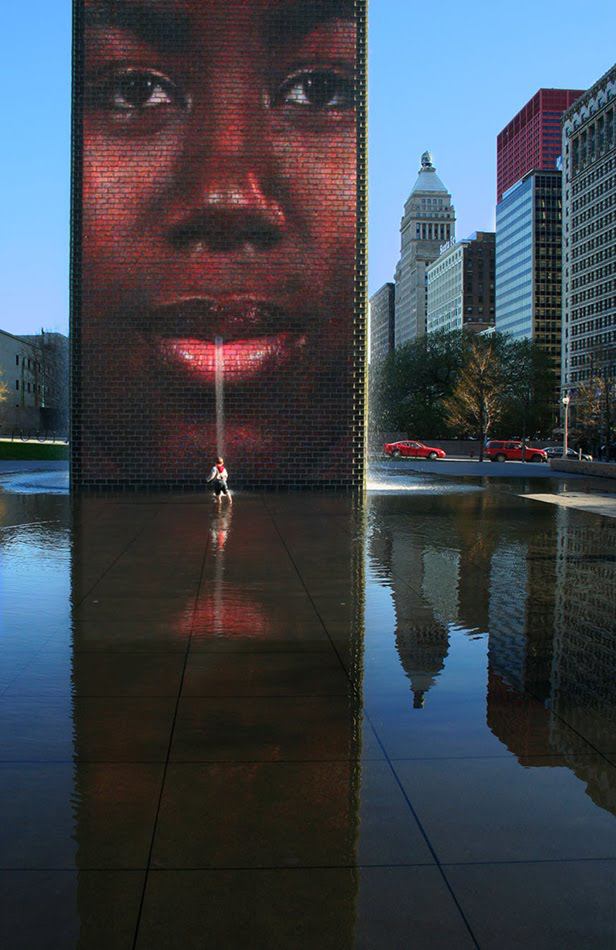 In his public art, Plensa challenged himself to involve the viewer with his art, which led to his conception of the Crown Fountain. His objective was to create a socially relevant, interactive fountain for the 21st century.] Since water is the focus of a fountain, and since Chicago, and especially Millennium Park, is so greatly affected by the nearby waterfront, Plensa sought to create an eternal water work to complement the local natural inspirations