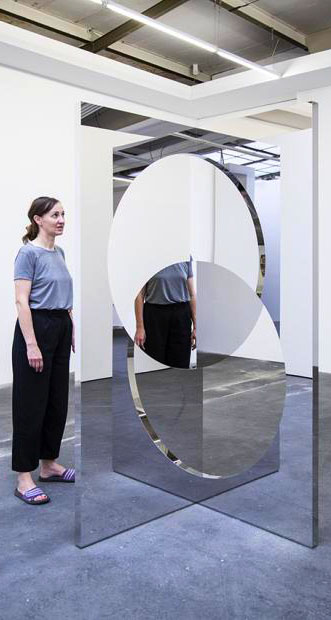 Geometric mirrors
Geometric Mirrors is a series of mirror angles, each comprised of two mirror surfaces intersecting at a 90° angle. While a perpendicular viewpoint simply reflects the viewer and the opposite space, an interesting visual phenomenon occurs when the viewer faces the corner angle directly. The right angle causes a duplicate reflection, as both mirrors reflect not only the space but also each other. Their widths become extended into the adjoining side, thus appearing to the viewer as a mirrored cross rather than a mirrored angle.