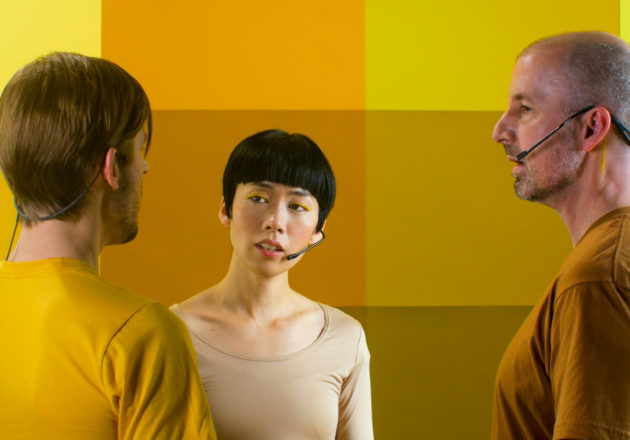 Oyster
oyster is a new opera (in progress) about a surprising precursor to last.fm and Pandora. In the 1960’s, renowned American folklorist Alan Lomax developed a wildly ambitious system called cantometrics for coding and analyzing folk songs from every corner of the world. The opera is structured as a public lecture of Alan Lomax’s folk song analysis as demonstrated by four singers, who embody the IBM360 mainframe computer used to correlate his vast amounts of data. Working with the BOTCH vocal ensemble, I am reconstructing the folksong styles from regions as disparate as Bali, West Africa, and Central America using only the data from Lomax’s study. Things like melodic complexity, vocal blend, and nasality, are adjusted by the singers as they circumnavigate the globe. This data vocalization is further mediated by the ensemble’s distinctive extended vocal techniques, and is accompanied by a film narrative that unravels connections between cybernetics, surrealism and ethnography. The film also features a wide range of material drawn from the Alan Lomax archive at The Library of Congress.
.
oyster will be performed by BOTCH ensemble: Christina Campanella, Michael Chinworth, John Rose, and Saori Tsukada