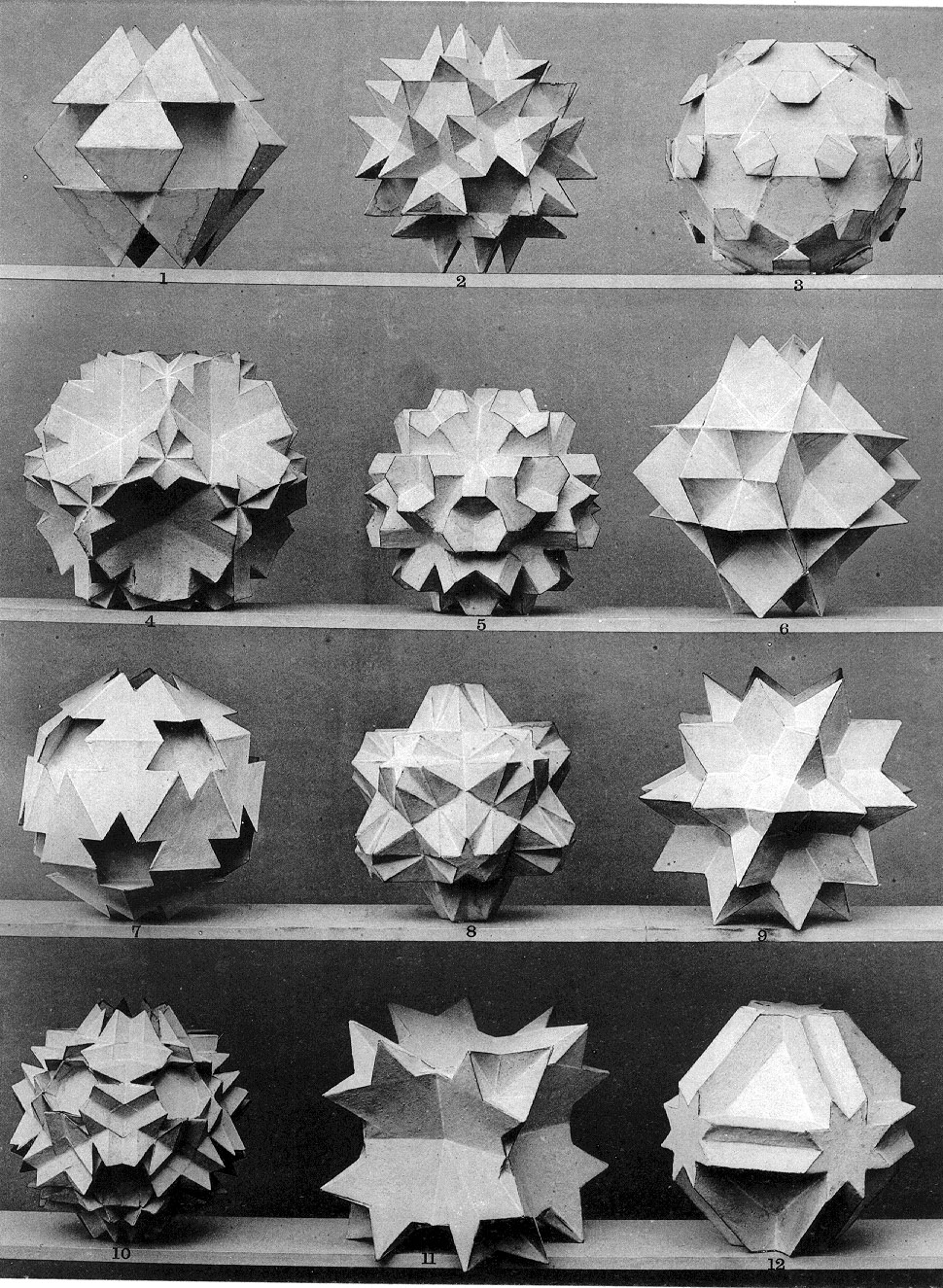 Vielecke und Vielfläche
Regular convex polyhedra, frequently referenced as “Platonic” solids, are featured prominently in the philosophy of Plato, who spoke about them, rather intuitively, in association to the four classical elements (earth, wind, fire, water… plus ether). However, it was Euclid who actually provided a mathematical description of each solid and found the ratio of the diameter of the circumscribed sphere to the length of the edge and argued that there are no further convex polyhedra than those 5: tetrahedron, hexahedron (also known as the cube), octahedron, dodecahedron and icosahedron.
.