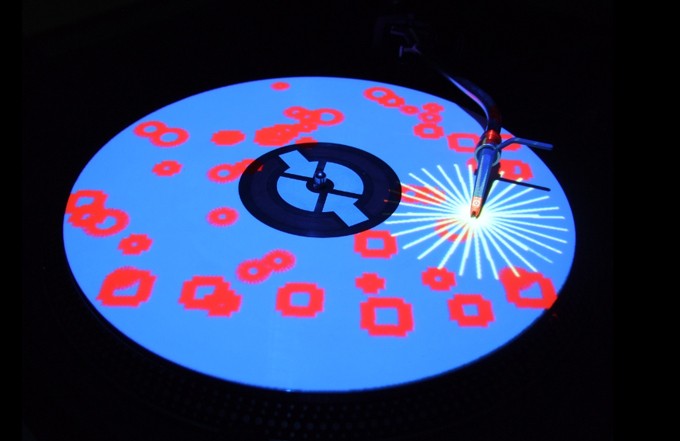 A processing sketch is used to generate virtual objects being projected on white timecode-vinyl. These objects can either be placed randomly or by the user via the computer keyboard or an external midi controller. If the record starts to turn, the virtual objects will move with the speed of the record. If a virtual object touches the turntables needle, it will trigger an animation and the playback of a sound. This is possible because the vinyl’s timecode provides information about the record’s playback speed and the position of the needle, thus enabling to synchronize the movement of the turntable with the movement of the projection and to calculate collisions of virtual objects with the turntable’s needle. In vinyl+, an analog medium at the same time acts as a carrier and an interface for virtual audio- and video-objects.