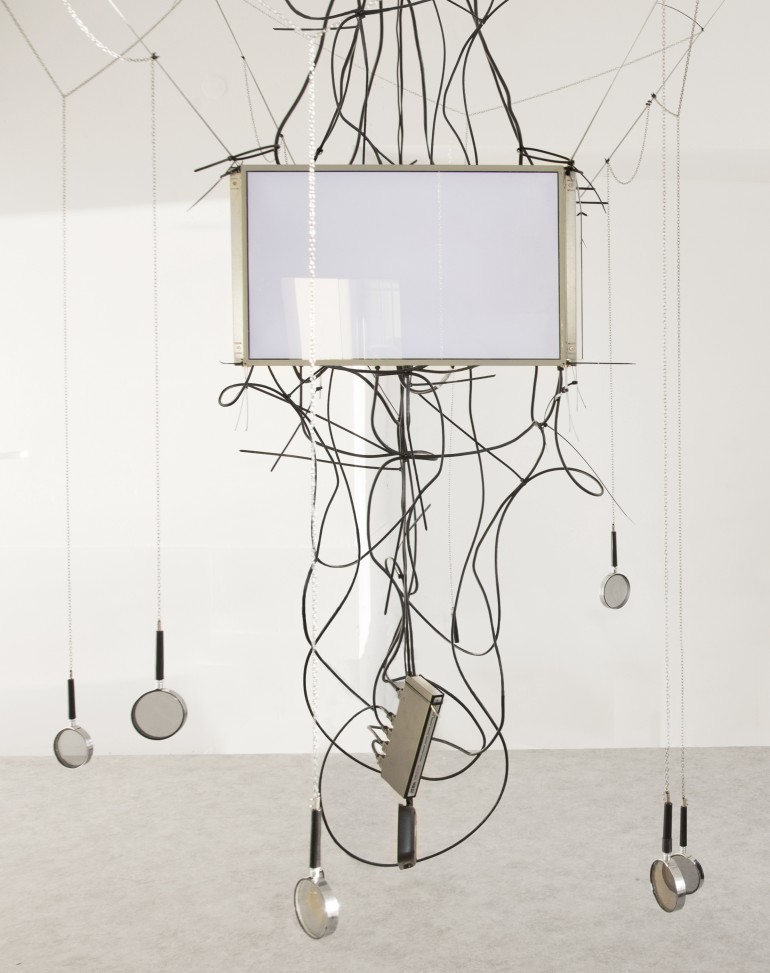 “SIMULACRA” is an optophysical experimental arrangement. At its heart are four LCD monitor panels, which are assembled in the form of a hollow square, and installed at eye level in the middle of the room. The ensemble appears internally gutted, overgrown and embraced. A tangle of cables and control devices pours out of the middle of the square. All around it several magnifying lenses dangle from chains. The imageless glaring ray of the monitors looks as if the images had fallen out of them. What remains is the essence of the medium: Light.It is an impressive, wondrous experience when images suddenly appear from the pure white by the mere glance through a seemingly transparent film. But if you turn the lens in front of your eyes, the polarizing structure of the film creates wild color shifts or even complementary negative images.