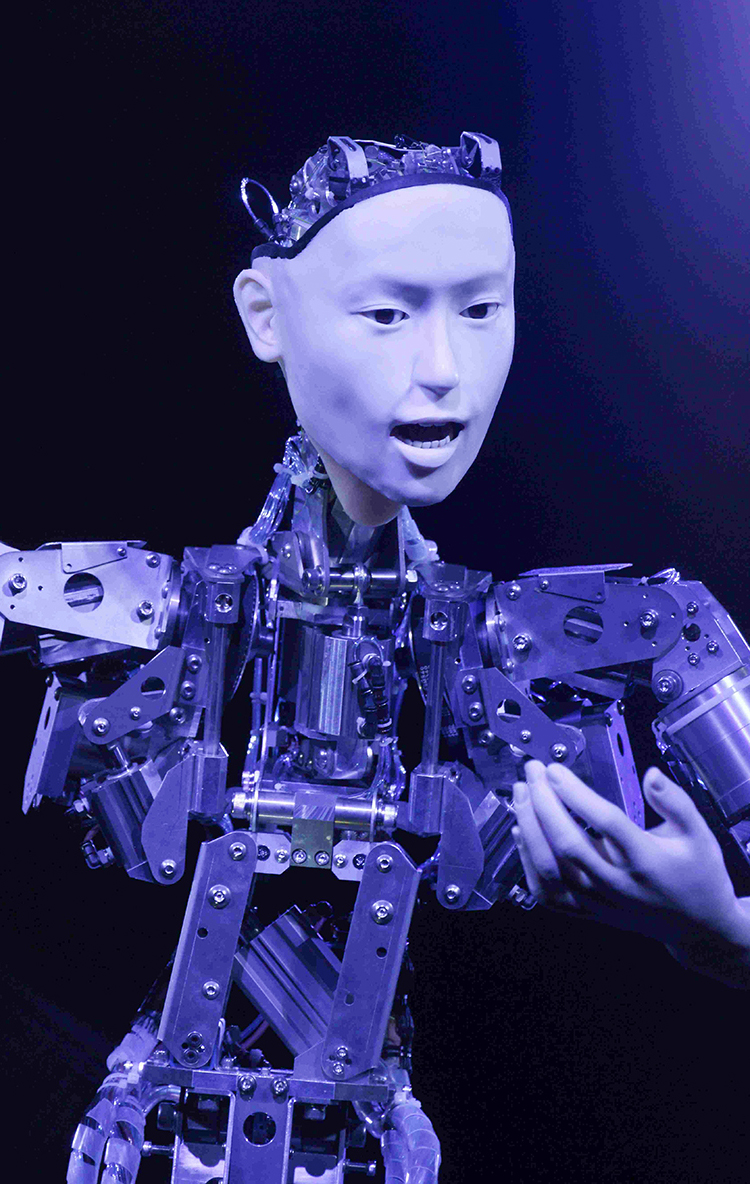 Scary beauty
“Scary beauty“ is a mono opera performed by “Skelton”(humanoid android) with human orchestra. This android has been developed by Hiroshi Ishiguro(professor in Osaka University) and improved the degree of freedom in motion like human by Takashi Ikegami(professor in Tokyo University). The music has three parts, each part is composed of a collage of text in each works by Michel Houellebecq, Yukio Mishima and William Burroughs. This texts is selected as imaging a weird scene after all mankind become extinct.