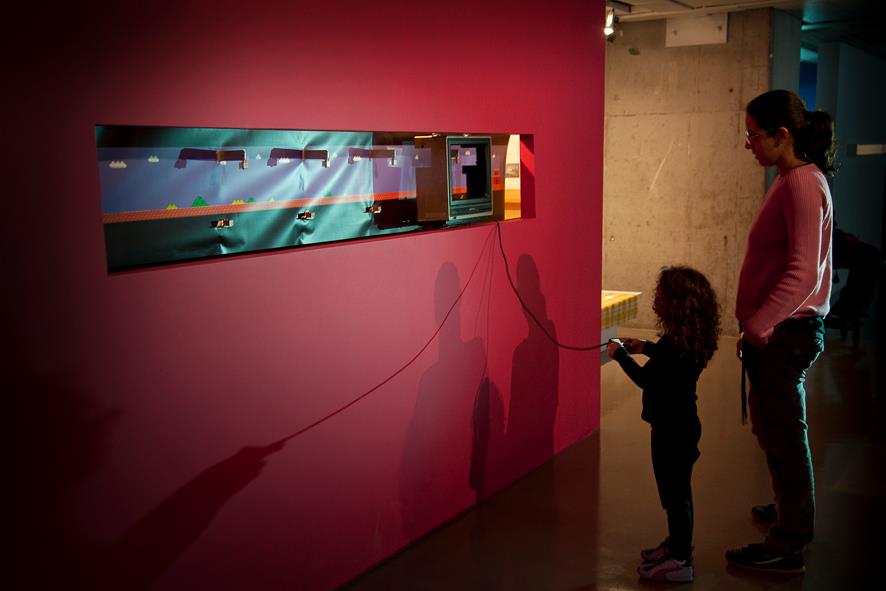 Moving Mario
file festival
“Moving Mario” definitely doesn’t reproduce Super Mario Bros in another way. By partially grabbing the concept and some of the key elements behind the TV game development, Moving Mario tries to challenge some of the traditional game elements. Throughout the gaming process, players can rethink the relationship between the player and the game. This work consists of basic set-up only: there isn’t any side-scroller or background scrolling. Moving Mario is actually demonstrating the mentioned concept and setting up a platform for players to visualize this concept while participating in it. Let’s move Mario!