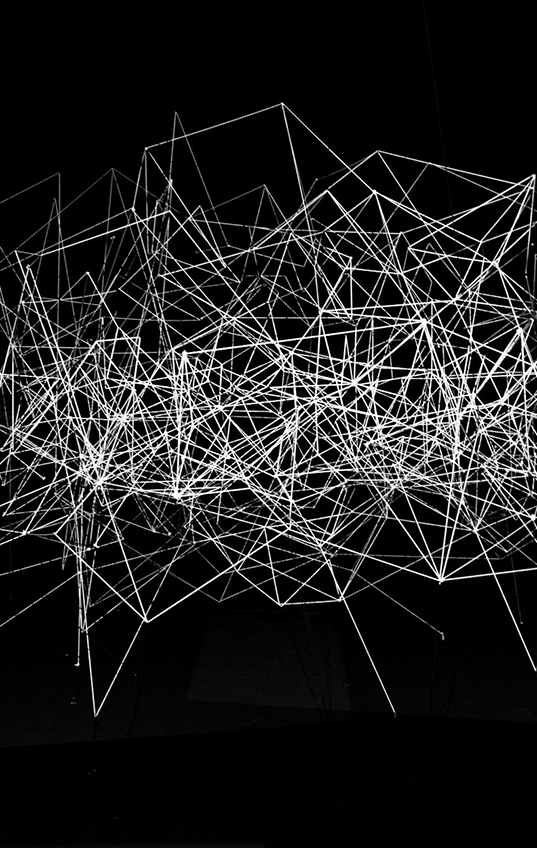 Line Segments Space
An architectural web of threads subtends a null space. It hangs abstract and undefined, a set of thin positive elements segmenting the dark negative space between. Dynamic imaginary forms are articulated into the physical volume by the material of this thread, and the semi-material of the light. The visual gravity of the filaments occupying the space between. A 2D canvas is reduced from a surface piece into a line segment, but then constructed into another dimension, a volume. Light creates contrast and order on the lines to articulate digital matter. Digital forms inhabit the interconnected boundaries of space, becoming incarnate as visual mass.