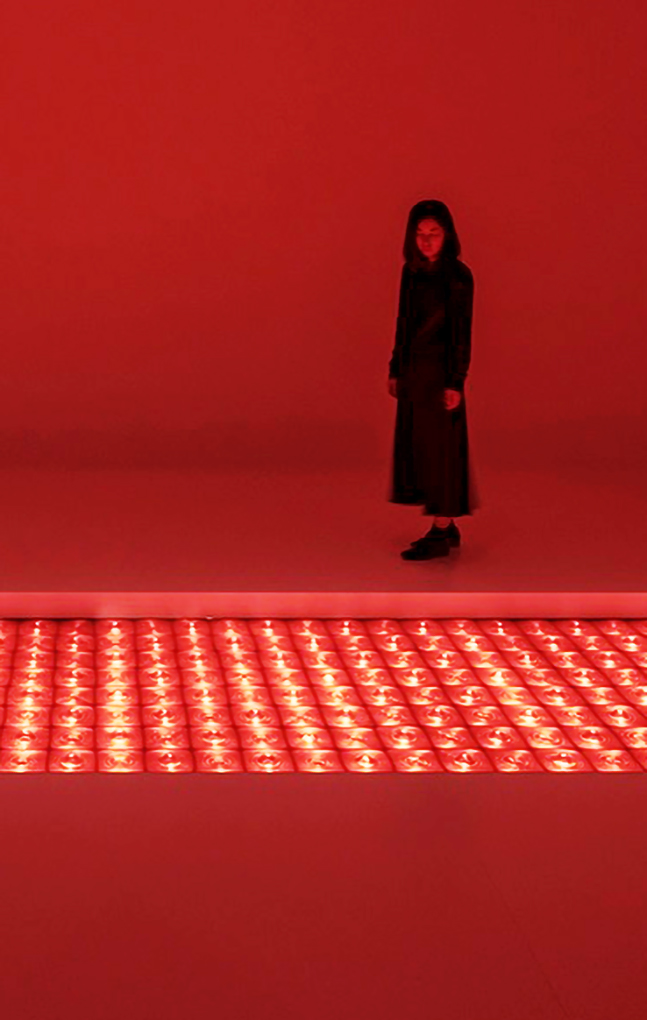 Biomatrix
“Biomatrix” is an installation of endles scycles of eruptive cell bubbles emerging on the surface of liquid silicone oil. This circulation of the colored liquid evokes the behaviour of magma or blood, and due to the high viscosity of silicon oil, illustrates the movement of the material at a speed deceptively slower than the viewer’s expectation. The electrically controlled pool becomes an interface that amplifies visual impact, and infinitely produces cell patterns. An orderly grid formation appears as a digital matrix, while closer observation reveals irregularities such as sporadic and simultaneous effervescence and plosive sounds breaking the surface tension.