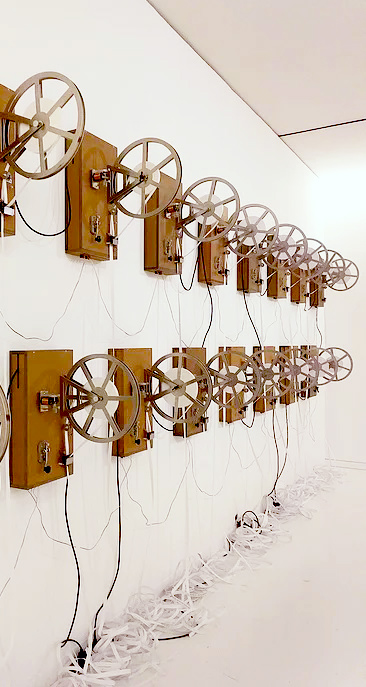 What hath God wrought?
The title of the installation is a line from the Book of Numbers in early modern English. It was the first message transmitted by telegraph in 1844, the first communication technology on the basis of electricity and binary coding. The artwork is fed by the 100 most used words in Thomas More’s book ‘Utopia’, feeding the correspondence between a series of telegraphs. The telegraphs translate the words into sound and light. Written rolls of paper drift to the floor. Slowly but surely, mistakes slip into the closed system and the meaning of the words alters. The Morse orchestra deals with the rationalism of the Renaissance and its belief in progress and posits by contrast an aesthetic of a self-regulating system in which the fault rules and defect becomes beauty.