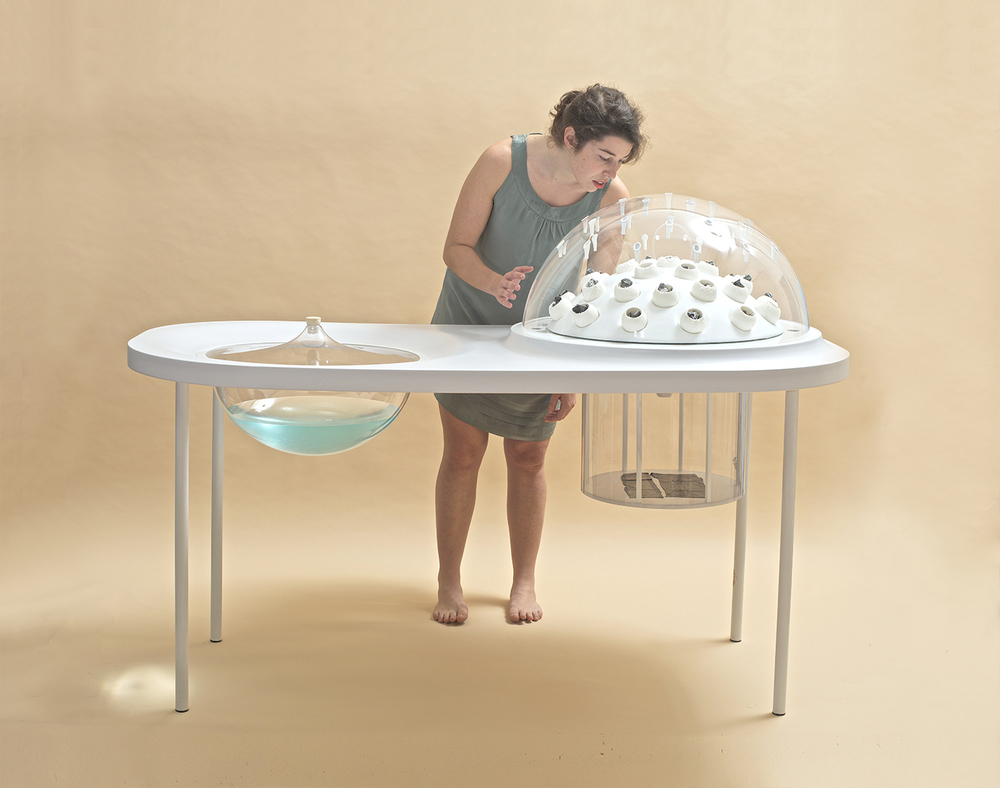 Fungi Mutarium
Fungi Mutarium is a prototype that grows edible fungal biomass as a novel food product. Fungi is cultivated on specifically designed agar shapes that the designers called “FU”. Agar is a seaweed based gelatin substitute and acts, mixed with starch and sugar, as a nutrient base for the fungi. The “FUs” are filled with plastics. The fungi is then inserted, it digests the plastic and overgrows the whole substrate. The shape of the “FU” is designed so that it holds the plastic and to offer the fungi a lot of surface to grow on.
Its shape has been developed inspired by mushrooms and other plants in nature. The user should be reminded of harvesting mushrooms in the forest when harvesting the “FUs”.
video