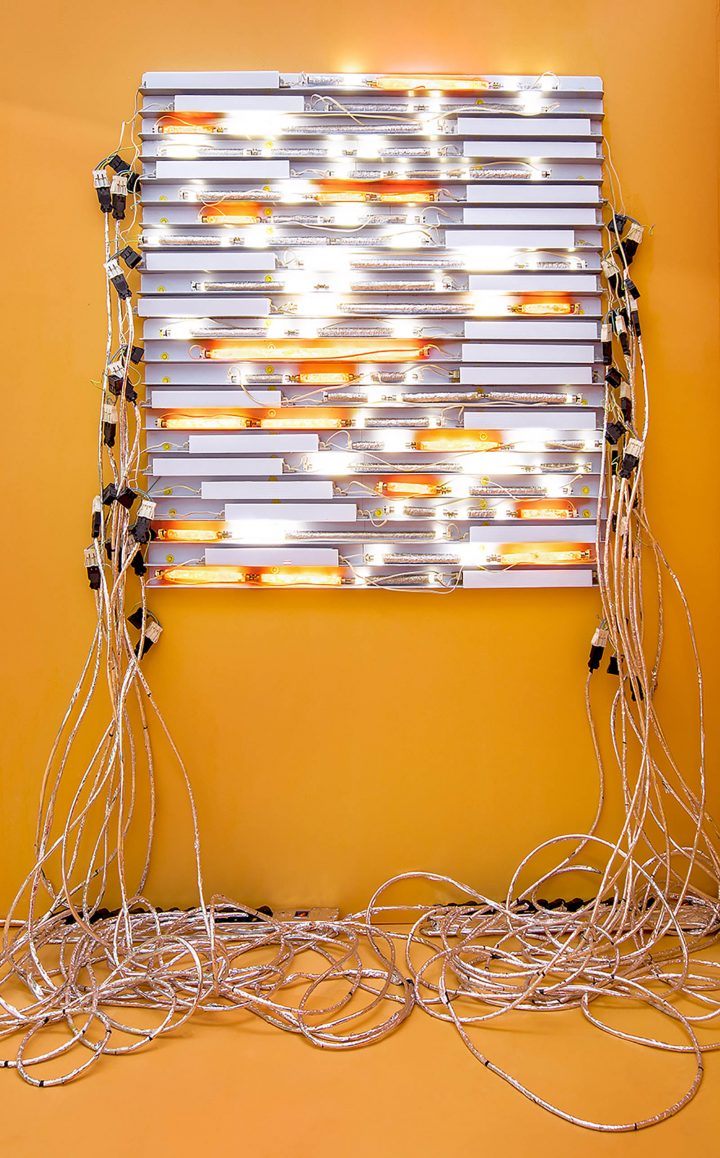 Marleen Sleeuwits is inspired by impersonal environments—places that could be anywhere and nowhere—such as vacant zones in airports, unoccupied corridors of hotels, and empty rooms in office buildings. The Netherlands-based artist is attracted to these non-spaces for the lack of impression they leave on people; her work focuses on finding ways of visualizing the identity of these voids and connecting to them in novel ways. Through structural contradiction, illusion, and the manipulation of scale, she aims to transform viewers’ awareness of their surroundings.