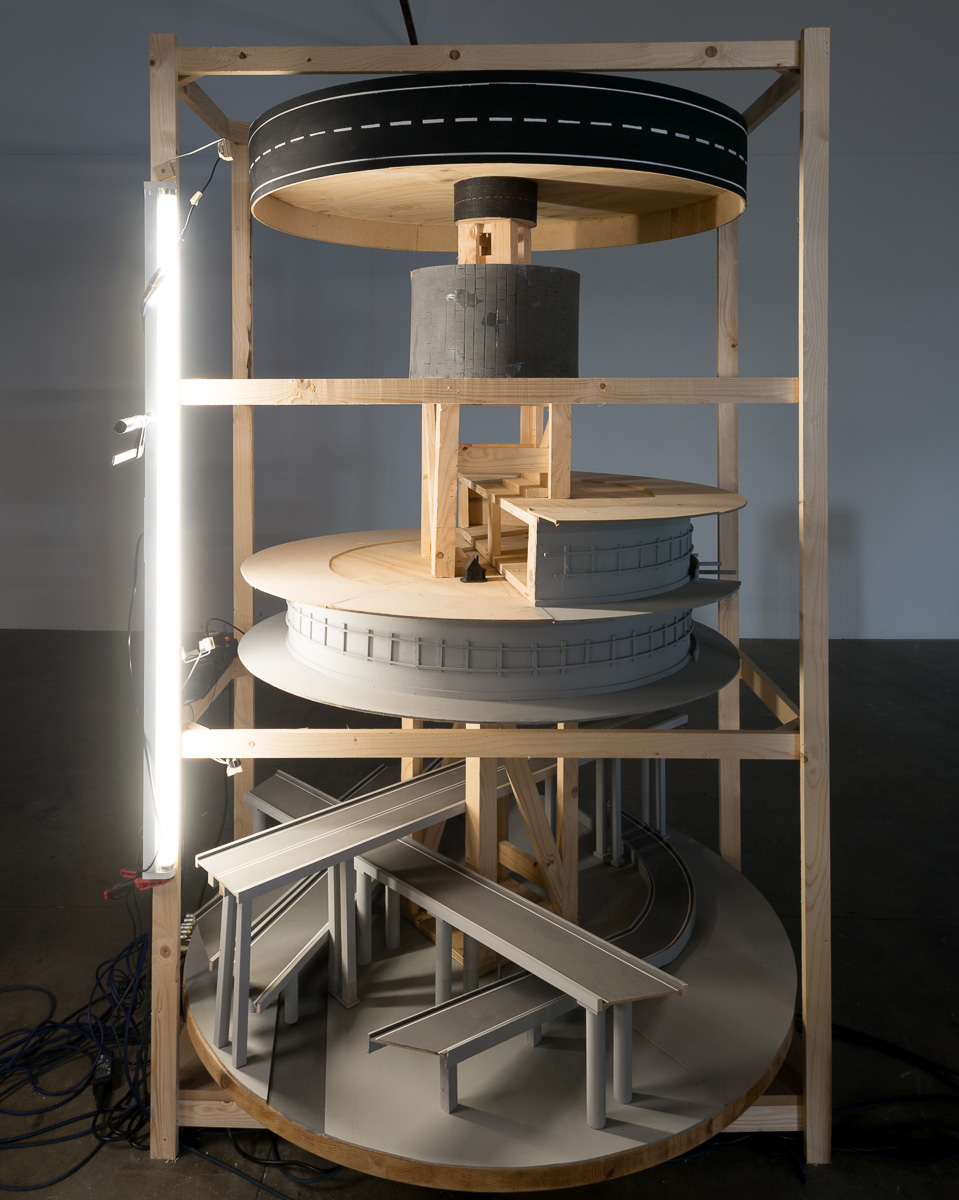 Het Wezen van de Stad
For a couple of years now I’ve been developing a series of works that engage, each in different ways, with what I propose to call filmic architecture. In these works, I explore the relationships between scale models, sets, architecture, and the moving image. Starting point is was the question: would it be possible to do a remake of a film, let’s say Ridley Scott Alien, with a set that would allow one to do so in one single shot? How to translate the combination of spaces, montage and shifts in size and angle as we see them in the film into the actual spatiality of a set that would allow one to shoot the film in a single continuity without the cut and paste of montage? This brought me to the idea of the Morphed Set as both a potential plan for a work and an intellectual exercise or figure of thought. Sometimes my works are extremely large “walkthrough INSTALLATIONS” – at other times, they are infinite small scale models and prototypes.
.