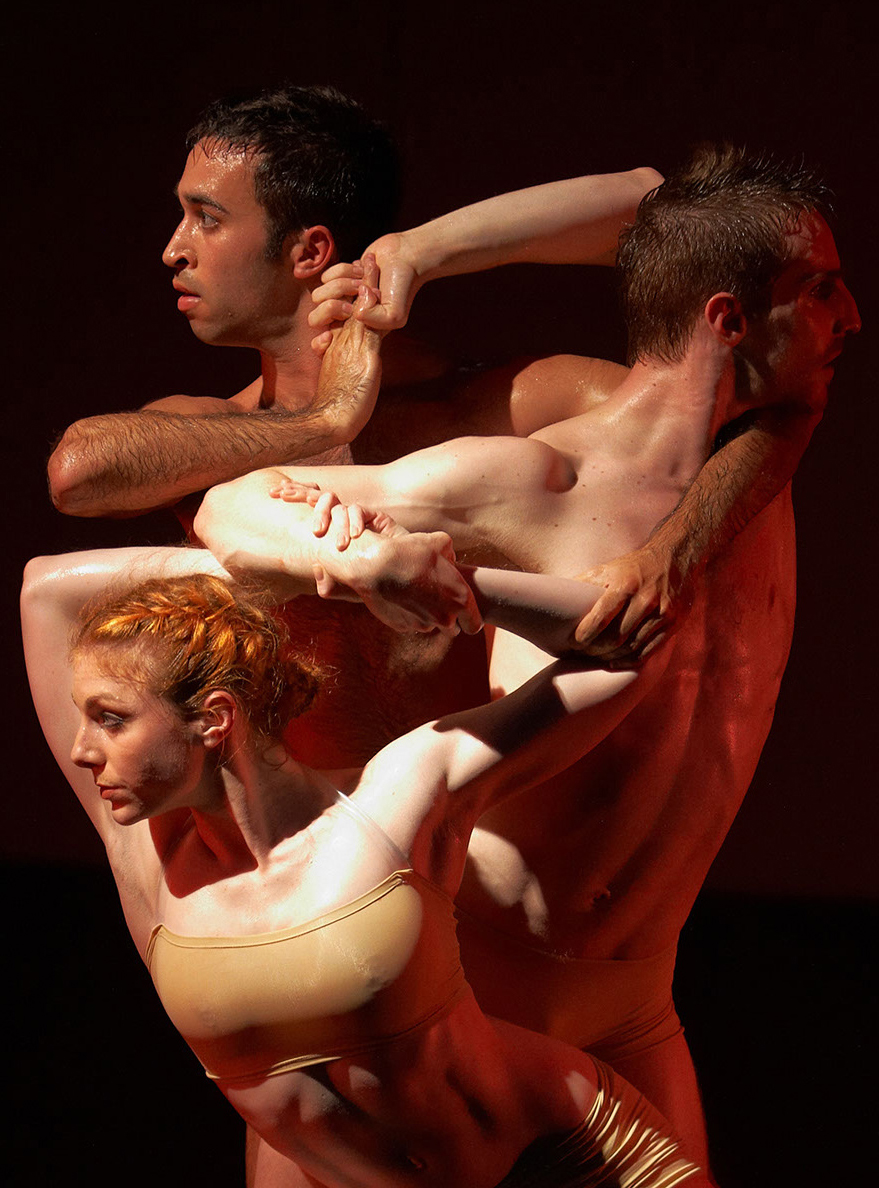 He painted the abysses of the human soul: the British artist Francis Bacon. Basic mechanisms of relationships such as desire, domination and exclusion he presented with merciless honesty and painful beauty.
With her piece, Nanine Linning fathoms the emotional cosmos of Bacon`s paintings and detects in their uncompromising depiction an analogy with her own art. With excessive physicality, the choreography explores fundamental patterns of behavior, which blur the line between human and feral bearing by their archaic and merciless nature. From an almost disturbing proximity the spectator witnesses the struggle of the individual for affiliation.At the same time fascinating and disturbing, the piece celebrates its comeback on stage fourteen years after its first release. BACON, which received the »Swan« for the best Dutch choreography, returns with revised choreography and new video- and light design.