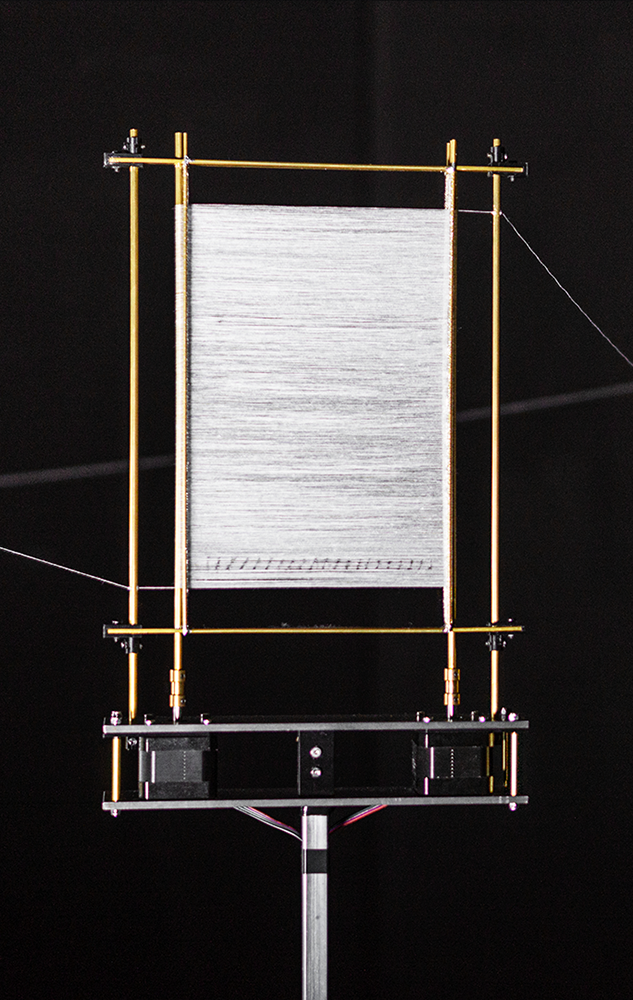 On Framing Textile Ambiguities
The installation On Framing Textile Ambiguities is the output of a critical investigation on social and technical developments that led to the current local technological situation. As a series of machines, the installation presents itself as a group. They share the same thread and are made from the same components. Each machine is build around a frame, through which the thread is running. Though they are finding various meanings in the encoding due to differences in the widths of the frames.