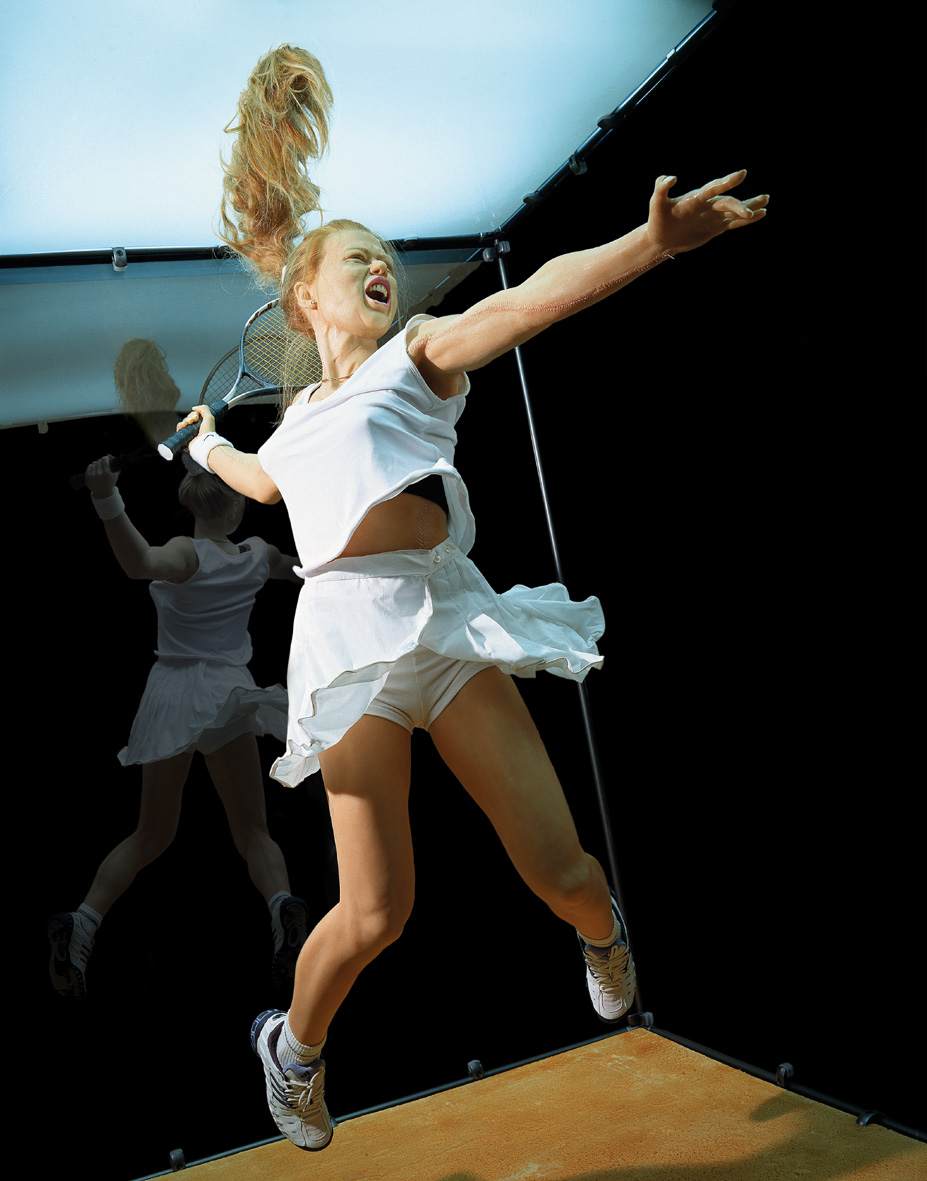 Sportswoman installation
Born in Kiev, Ukraine in 1961, Kulik graduated from Kiev Art School in 1979. In 1982 he went on to graduate from the Geological Survey College and moved to Moscow in 1988. In Moscow, while developing his own artistic practice, Kulik also became the art-director at the renowned Regina Gallery between 1990-93. In 1996 he was awarded a scholarship by the Berlin Senate and was given the medal ‘The Worthy’ by the Russian Art Academy in 2005. Now an infamous international artist, he won the III Annual Russian National Award for contemporary visual arts Innovation 2007 and the Kandinsky Prize in London at the Louise Blouin Foundation in 2009. In 2009 Kulik came officer of the Order of Arts and Letters, France. A performance artist, sculpture and curator, Oleg Kulik is best known for his work with animals, particularly his violent performances where he assumes the character of a dog. Channeling specific cultural discontent through his performances at a time of rapid change in Russia, Kulik’s work has continued to provoke and unsettle audiences globally.