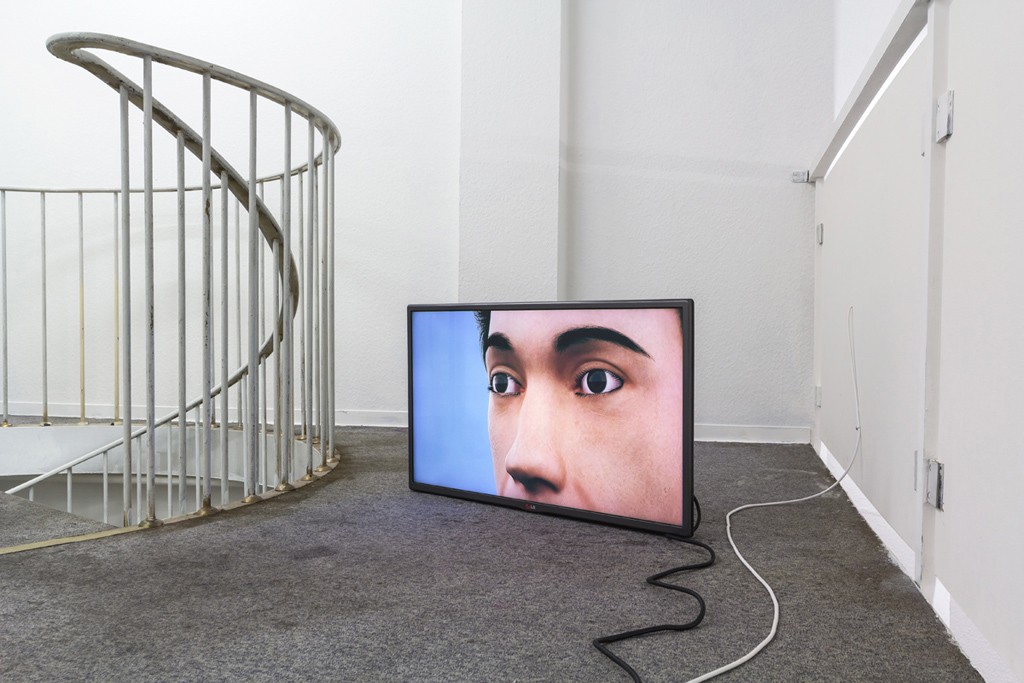 Shapeshifter, Heartbreaker, is an installation on two levels composed of sculptural work and 3D computer animations that are both abstract and figurative. On the first level Pakui Hardware has designed an office desk using the typical components of a trading floor. However, this is not a work station for individuals; it is for computer aided trading, non-human activities which are approximated in the three channel videos atop desks noticeably lacking keyboards and mice. These activities often occur at an exceedingly fast pace, in the blink of an eye, an expression that lends its name to a video installed on the second floor. There, the blinks of a humanoid form have been accelerated to illustrate how fast the body would have to consciously react if it were operating at the speed of decision making that resulted in the stock market’s ‘flash crash’ of 2010.
.