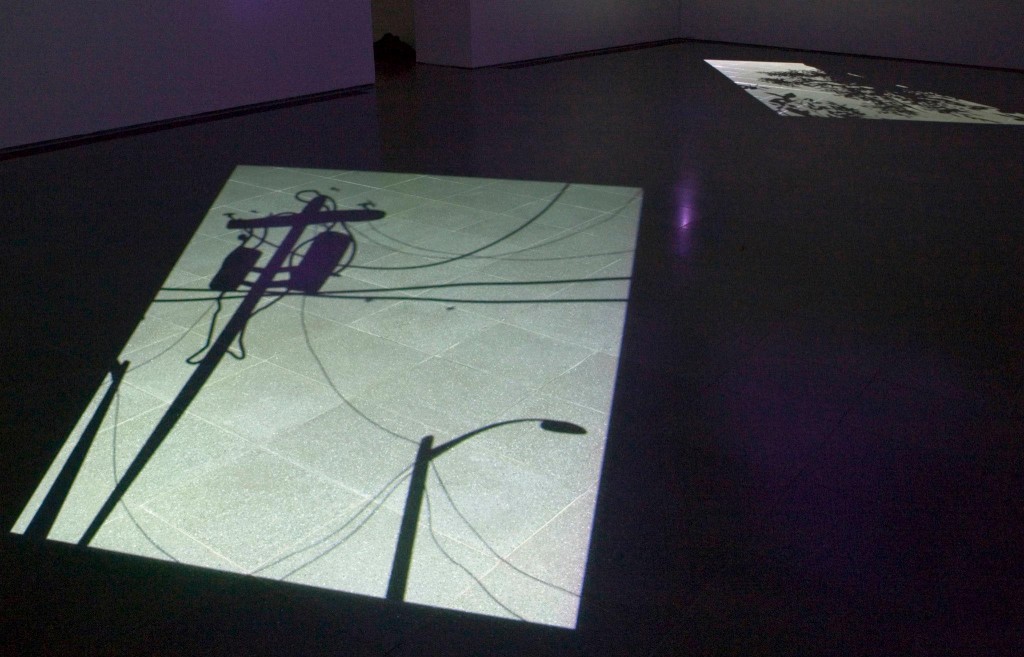 Paul Chan’s work summons the darkness that envelops us despite the greedy illumination of our cities. Evoking our world on the verge of disintegration, it celebrates the light that emerges in too much light.
The fight is no longer the fight between day and night that inaugurates Murnau’s Faust, but that between the light of the spirit and the light of things. In this shadow theater, under the auspices of a telegraph pole shaped like the Golgotha ​​cross, we witness the rise of the objects of our consumerist societies.
Phones, I-Pods, scooters, whole trains rise to the sky, saved, as the shadows of men fall, hurled to the abyss, like the suicide bodies of “September 11” victims falling from burning towers.
The image, gradually modified along the continuum of projection, carries with it the prophecies of the Apocalypse rehashed by American fundamentalist movements, and the obvious disgrace of a society that celebrates its materialist cult.