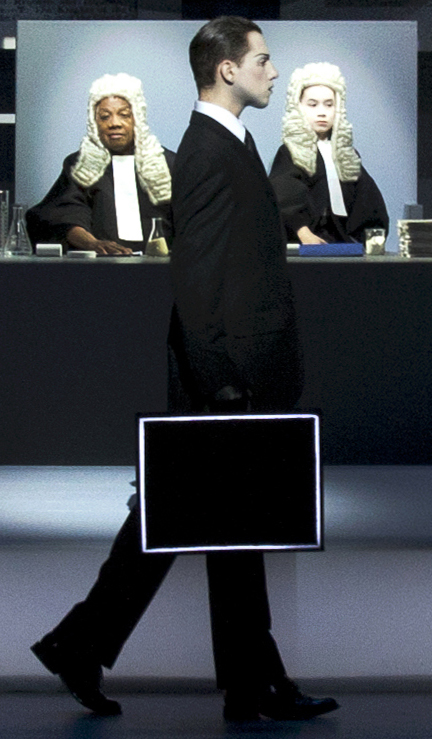 فيليب الزجاج
菲利普·格拉斯
פיליפ גלאס
フィリップ·グラス
필립 글래스
Филип Гласс
Einstein On The Beach
ROBERT WILSON
Portrait Trilogy:Einstein; Akhnaten; Gandhi
Einstein on the Beach is an opera in four acts (framed and connected by five “knee plays” or intermezzos), scored by Philip Glass and directed by theatrical producer Robert Wilson. The opera eschews traditional narrative in favor of a formalist approach based on structured spaces laid out by Wilson in a series of storyboards. The music was written “in the spring, summer and fall of 1975.”Glass recounts the collaborative process: “I put [Wilson’s notebook of sketches] on the piano and composed each section like a portrait of the drawing before me. The score was begun in the spring of 1975 and completed by the following November, and those drawings were before me all the time.”