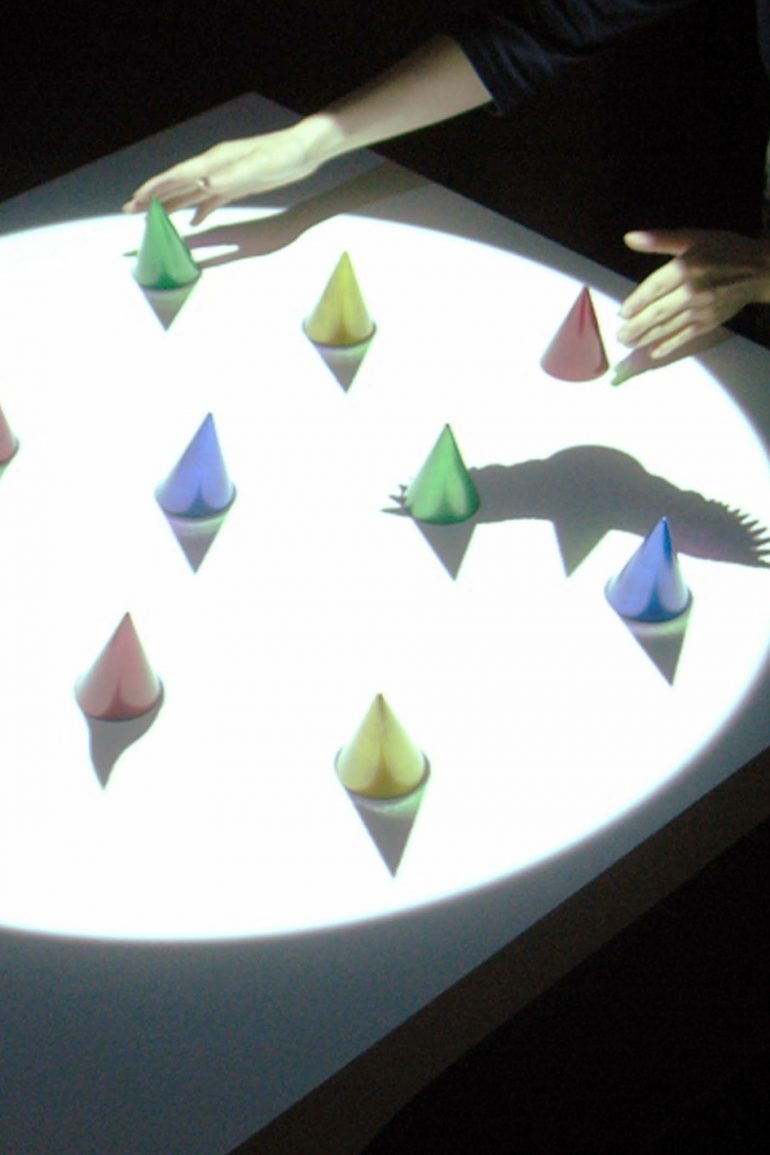 FILE SAO PAULO 2017
KAGE-TABLE
Since old times, the shadow proved the existence (for a ghost has no shadow). However, like the image projected on the TV monitor (which is “virtual” in this sense) the shadow itself doesn’t have substance. And at the same time, as we can see in the shadow picture, the shadow or silhouette stands as the basis of the image. In “KAGE-table”, we took the notice of this shadow-substance characteristic and by using cone-shaped object I created its shadow with computer graphics.