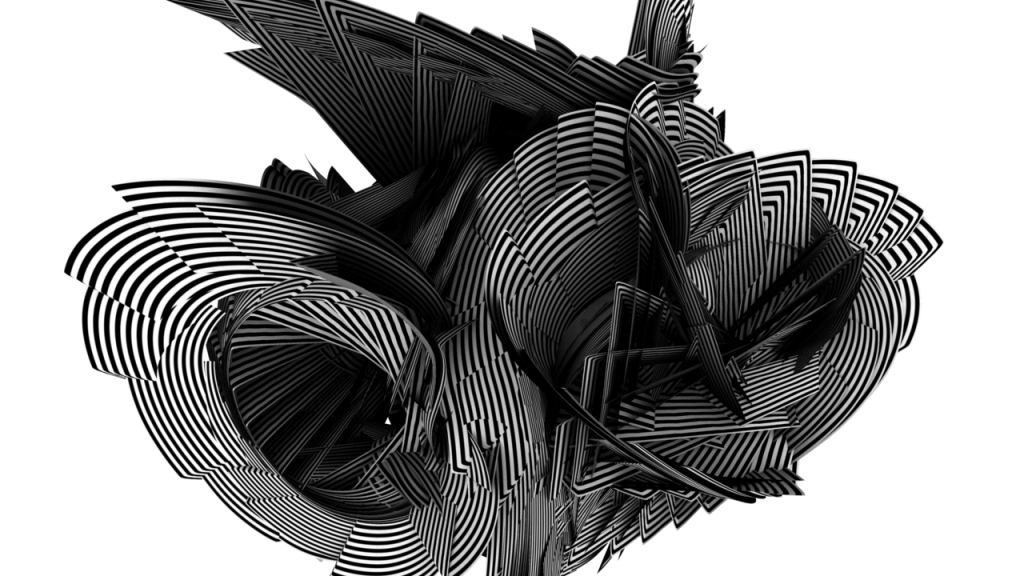 EMERGENT
According to wikipedia, “emergence is the way complex systems and patterns arise out of a multiplicity of relatively simple interactions.” Thus “EMERGENT” was created using a particle system that was given basic rules of behavior, this is very similar to swarm algorithms using in architecture to create 3D forms. The application/particle system was created/simulated using Processing and OpenGL. The particle trails (locations over time) were imported to Maya using a MEL script and then animated to show their growth over time. I developed a (pretty complex) Processing application that helped me simulate the particle system (300 particles, with per particle interaction) in real-time.