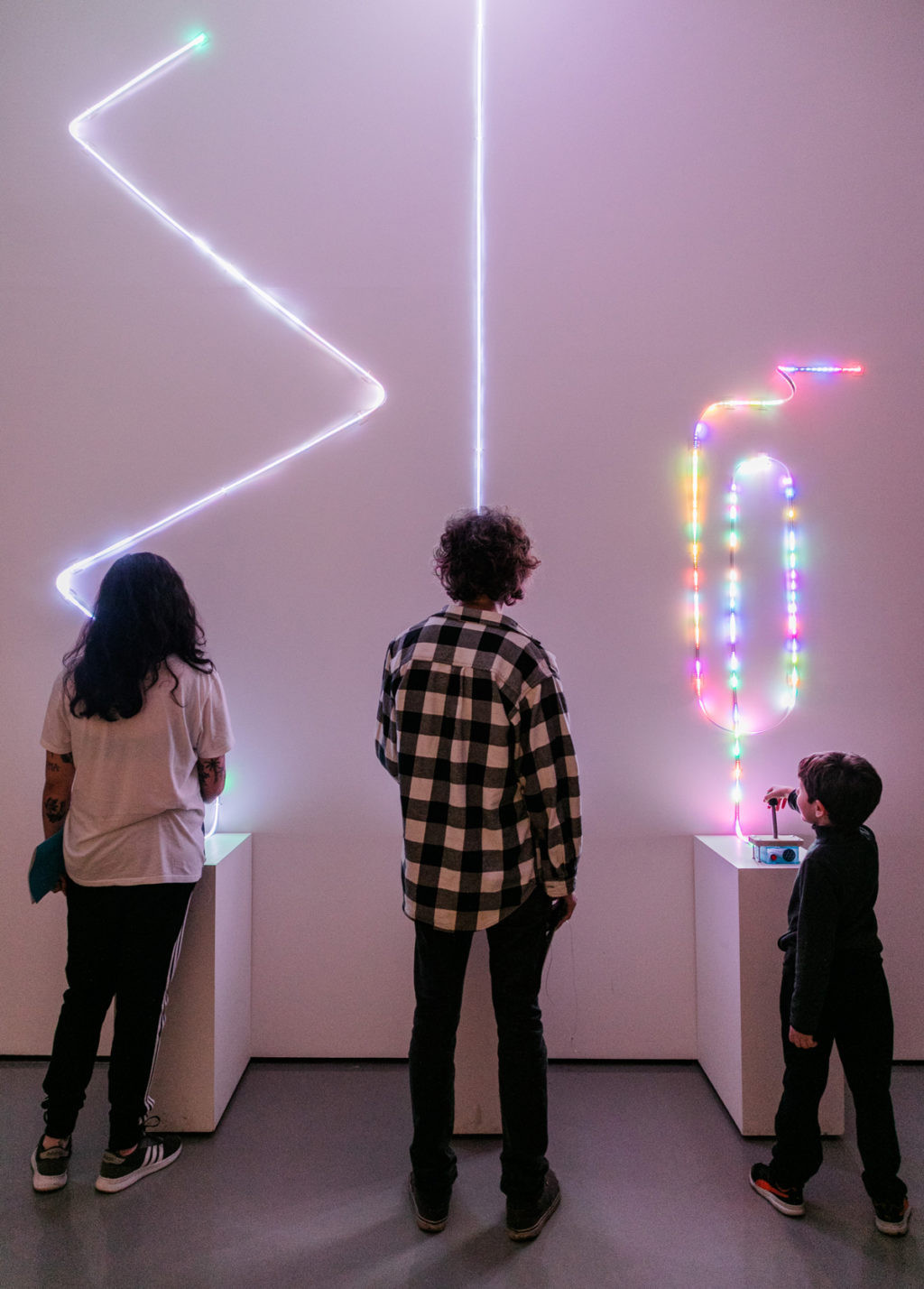 line-wobbler
file 2019
‘Line Wobbler’ is a one-dimensional dungeon crawler with a custom controller made out of a steel spring and a five-metre long LED strip display. The entire game runs on an Arduino, with sound, particle effects and 120+fps. ‘Line Wobbler’ is an award-winning experiment in minimalism in game design, making use of novel input mechanics, retro sound, and the incorporation of physical architectural space into the game. In the game, players navigate obstacles and fight enemies to reach the exit, in a series of increasingly difficult levels. Movement is controlled by bending the Wobble controller forward and back, while enemies are attacked by flicking the spring at them. Obstacles such as lava fields, conveyor belts and slopes challenge the navigation skills of the player.