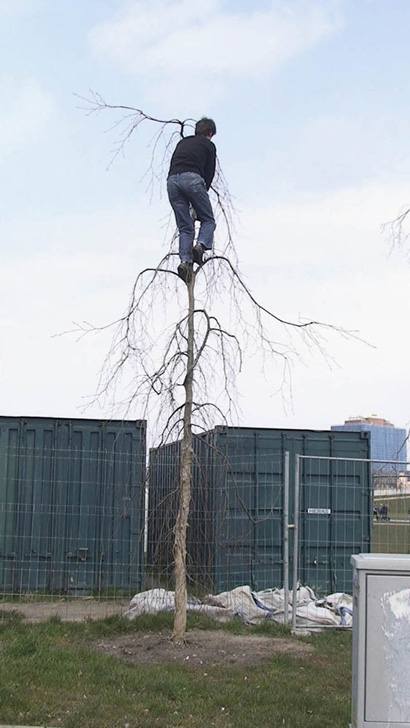 In photographs and video installations, Sebastian Stumpf tests the boundaries of his environment and oversteps them seemingly effortlessly. His selfdramatizations call into question the relationship between body and space. Short video sequences document physical actions that Stumpf executes. These performances do not take place live in the exhibition space but are projected as already-completed works at the exact site where they were originally staged: video work and projection space thus overlap and merge.