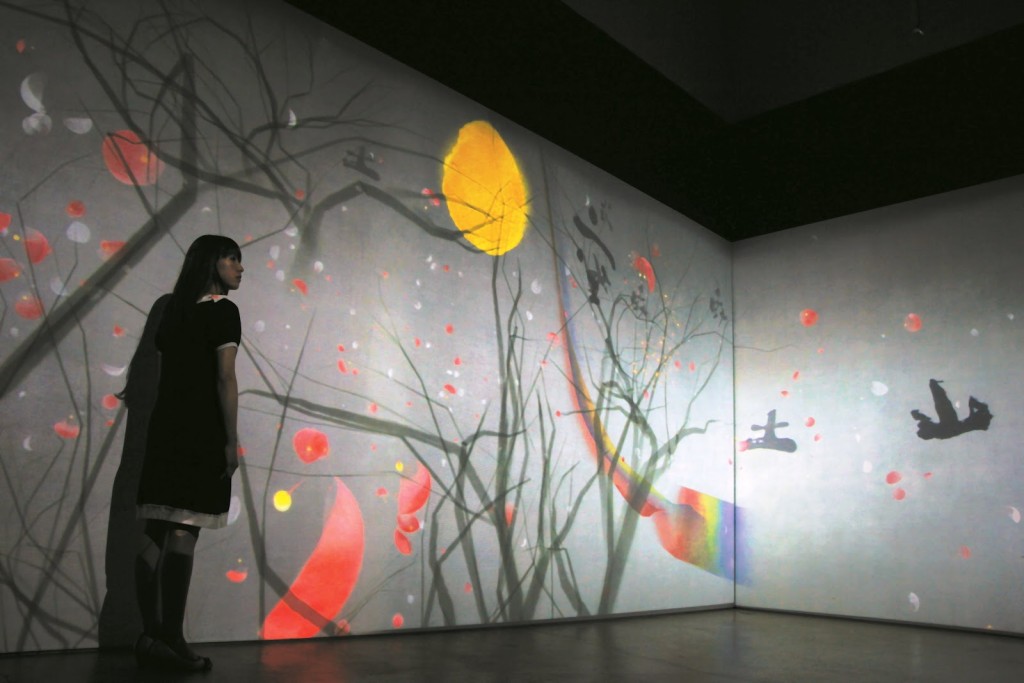 What a Loving and Beautiful World
file festival

In the current digital age, digital media is part of our everyday life. So this participatory installation inserts calligraphy by Sisyu into a digital media art work that gives people the chance to enjoy calligraphy in a new way. The calligraphy is projected onto a large wall and the sho (Japanese calligraphic characters) appear to be sucked into the shadow of the person participating. This action causes a series of enchantingly beautiful and vivid visual and sound effects. The floating sho characters on the wall react to one’s shadow and open up to reveal each character’s world. A new world is created by overlapping and combining the sho’s world with that of Sisyu, the calligrapher, one’s own thoughts, and the thoughts of humankind that are contained in the origins of the characters. This work uses a sensor that reads a participant’s action. If a viewer holds their hand against the character for “rainbow”, a rainbow’s image will be produced; if the character is “umi”, which means “ocean”, a wave’s image will be created. Each visual reacts with other visuals allowing for an infinite number of variations.