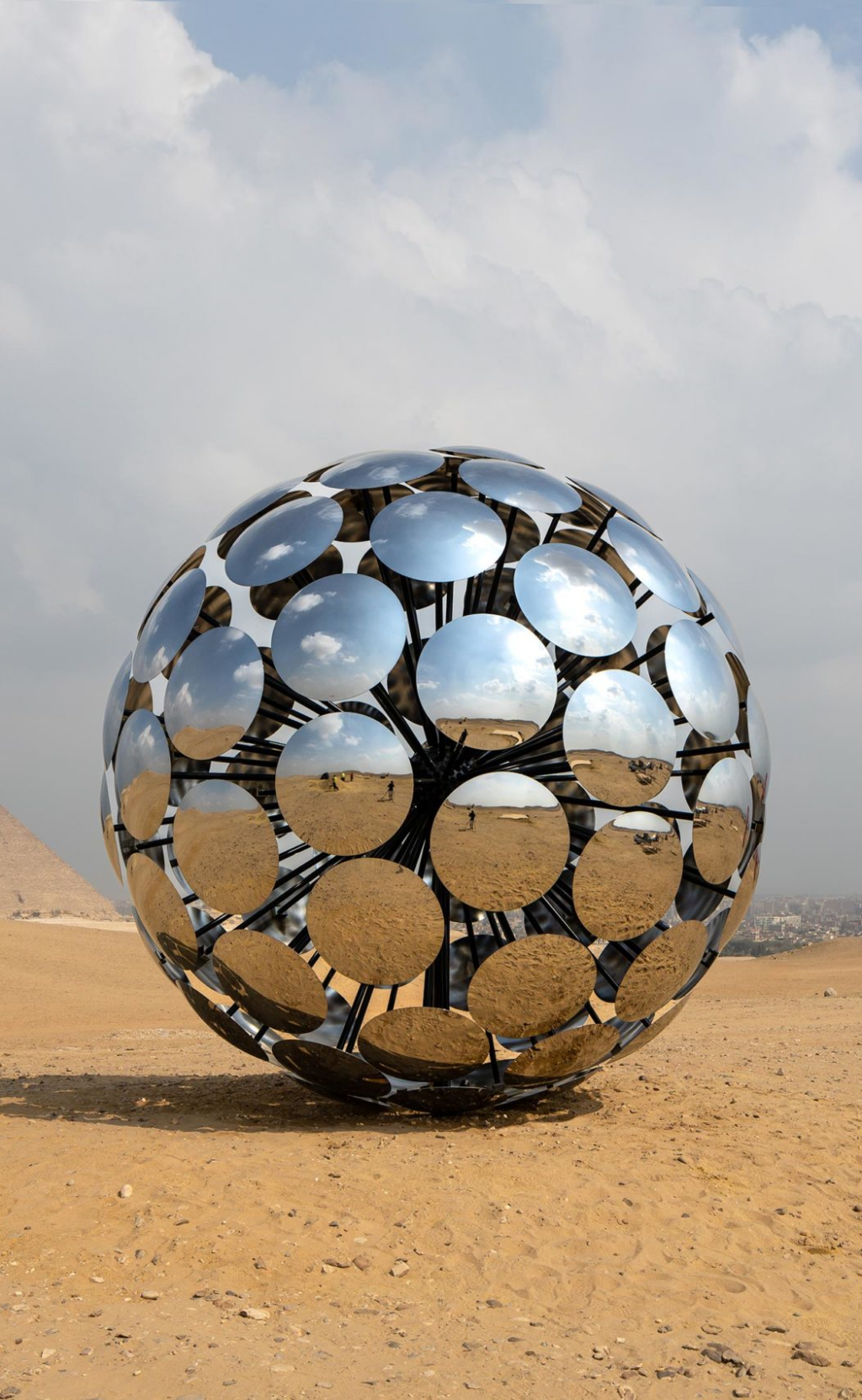 ORB
The shape of the piece alludes to the ‘pi’ number concealed in the geometry of the Pyramids, found when dividing the perimeter of a Pyramid by twice its height. The sphere is an invisible part of the resulting geometry, since a sphere with a radius as high as the Pyramid would have a circumference very close in length to the Pyramid’s perimeter. The surface of the artwork captures the Pyramids, the sky, the surroundings and the viewers in a multiple fragmented reflection. It references the role of the circular mirror in historical Egyptian symbolism, where it was linked to the sun and conveyed notions of creation and rebirth.