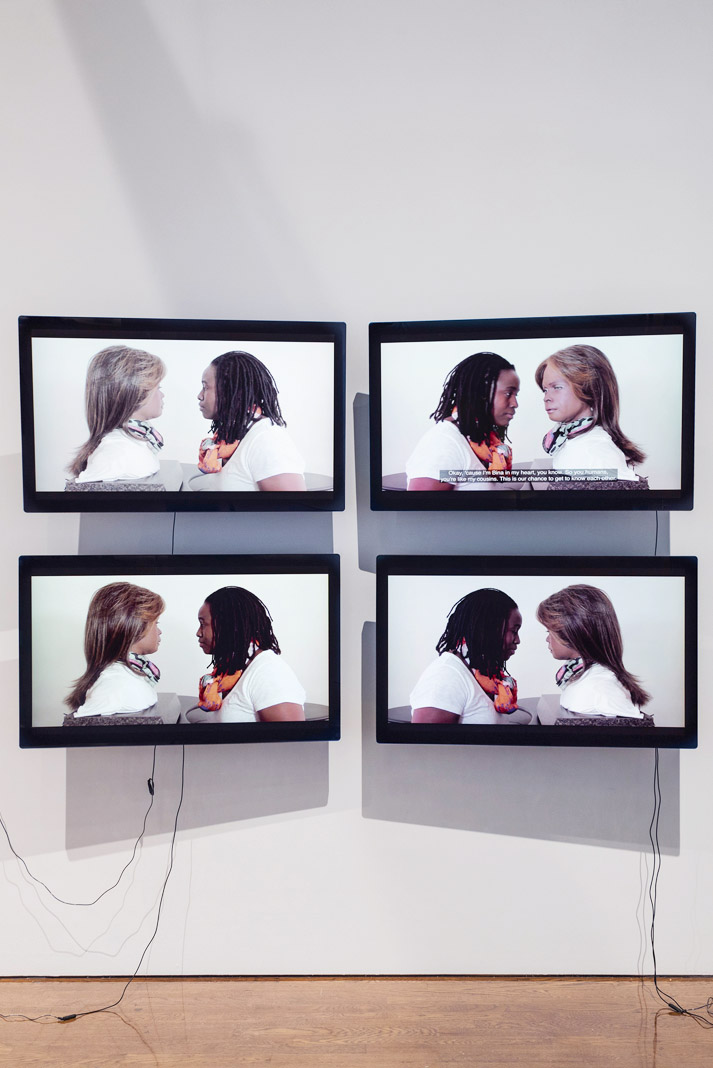 Conversations with Bina 48
Artist Stephanie Dinkins and Bina48, one of the worlds most advanced social robots, test this question through a series of ongoing videotaped conversations. This art project explores the possibility of a longterm relationship between a person and an autonomous robot that is based on emotional interaction and potentially reveals important aspects of human-robot interaction and the human condition. The relationship is being built with Bina48 (Breakthrough Intelligence via Neural Architecture, 48 exaflops per second) an intelligent computer built by Terasem Movement Foundation that is said to be capable of independent thought and emotion.