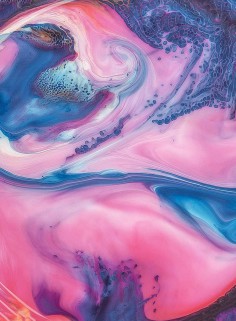 source:bjponlinecom
Capturing the moodiness of music through photography may be a challenge, however, art director and designer, Samuel Burgess-Johnson, managed to summarize The 1975’s newest album through atmospheric images of neons placed in peculiar locations.

Samuel Burgess-Johnson is a London-based art director and designer, who has worked with a range of clients, including bands and artists like Ta-Ku, Aluna George, Usher, Coasts, Wolf Alice, and brands, like Nike.

His latest work for The 1975’s new album, I Like It When You Sleep, For You Are So Beautiful Yet So Unaware Of It, features neons standing in moody locations all around the world.

Although he takes his own photography of flowers, which almost appear as shadows drawn on funky materials, he has hired a photographer, David Drake, to shoot for The 1975.

With each neon being a title of a song, Sam made sure to format the photographs in such a way that represented the songs perfectly- capturing the themes and different complexities of the music through their placement in psychedelic scenes.

He also worked closely with the band’s frontman, (and housemate) Matty Healy, to understand what the band’s motivations behind these photographs.

Sam’s latest work for The 1975 featured neons as well, yet now directed to promote the band’s UK and US arena tour, with each sign placed in a location close to venues the band will play at. Though the neons aren’t shot in completely unique locations, the photography still manages to capture the atmosphere of each site.

Samuel Burgess-Johnson tells BJP about the process of his creative directions and photography commissioning.

Describe yourself in less than 50 words.

My name is Samuel Burgess-Johnson, I am an artist and art director. I am predominantly commissioned within the music industry. My studio is based out of Dalston in London.

When was the first time you decided to pursue a career in art direction and photography commissioning?

About 6 months after uni I had moved to Melbourne and I couldn’t find a job so I thought I better make sure being self-employed works out. I don’t think you can go straight into art direction. You have to start at the bottom, build up contacts and an understanding of the industry. I think I always knew the longer I was working, more responsibility would start coming my way. A ‘pursuit’ in art direction is probably the wrong word, I think for a lot of artists, myself included, it becomes a natural step to make.

Design/art has always been an obsessive compulsion rather than an occupation. Money or recognition has never really motivated me (luckily), it has always just been the satisfaction of producing the work. However ‘motivation’ is something I battle with a lot more these days but I don’t know what else I would do.

Probably working on an Usher album that was never released. They wanted to fly me out to work on it in LA, this would have meant all the management standing over my shoulder watching me work, which every designer knows is a real creativity mood killer.

They agreed to let me work remotely on the proviso I was available 24hrs. I had to work from about 2pm until 6am everyday for a couple of months. It was a really massive job for me at the time, I had only been a year out of uni, so I felt so much pressure, definitely had a few nervous break downs during that project. Then at the end of it Usher and co decided they weren’t going to release the album anyway.

The one photograph you’d save in a nuclear apocalypse – your own (directed by you), or someone else’s?

Probably a photo of my dog Allen.

Is there a body of work you’ve art directed you’re most proud of?

Probably the most recent Ta-Ku stuff, I think it was a final realisation of some patterns that are seen in my previous work. Also the last The 1975 campaign has been a lot of hard work that spanned locations all over the world, so I am very proud of that collection.

From your experience, what’s the secret to effective commissioning of artwork, particularly in the area of photography?

Preparation, I have been at shoots that have wasted lots of time and money because they weren’t thought through enough. Giving the photographer a very definite list of shots you need before allowing them to experiment. Have a plan B. Ignoring input from from the non-creative people involved.

How do you pair a photographer with an a musician? What considerations do you have? Or is it just an instinctive ‘best fit’?

Ideally I work with friends and people I know so they don’t get too disgruntled by my bossiness and can work in collaboration to achieve the concept. Is hard to capture something good if you are pussyfooting around each other. When choosing someone to work with, reliability and adaptability are more important than technicality. You’d be surprised how many times a photographer has turned up without their camera charged.

What do you think is the relationship between an album cover and the music?

I think it is setting the stall out for the listener. It is a statement by the musician on how they want themselves or the music to be perceived.

What makes a good album cover?

I think this works on a few levels and is very different now compared to 10 years ago. For a major label artist it is more about identity and recognisability. ‘Brand’ consistency throughout a campaign is very important in building a relationship with existing fans and getting the attention of new ones. For them the album cover is one element of a larger concept. For perhaps a smaller artist I think a good album cover should be more expressive, daring and unique.

Do you think that digital art-making technology (photoshop, etc.) are the future?

Yes and no. Obviously technology will always be improving and we will continue to experiment artistically with that, however I think we will always have more of a connection to art that has a human touch.
.
.
.
.
.
.
.
.
source:aa13fr
Samuel Burgess-Johnson est un artiste peintre et directeur de création, basé à Londres. Inspiré par des visuels impressionnants, son travail est consacré à la représentation de nombreuses sorties de disques, des superbes albums et illustrations. Burgess-Johnson a conçu une multitude de supports qui enrichissent la communication visuelle des artistes comme Usher, Diplo, Ta-ku et beaucoup d’autres.
.
.
.
.
.
.
.
.
source:twenty75com
Samuel Burgess-Johnson is a multidisciplinary creative director, artist, graphic designer based out of Dalston in London. He has worked with with profile companies such as Unilever and Nike but is best known for his graphic and photographic work in the Music Industry such as creative direction for the British Pop Band ‘The 1975’. Burgess-Johnson has also worked with musicians Ta-Ku and No Rome. He has built a reputation for his contrast of dreamy yet bold aesthetic.

Most impressive is Burgess-Johnson’s ability to seamlessly blend photographic and graphic mediums – blending analogue and digital to create a cohesive and multi-channel world.

1 year out of University, Burgess-Johnson was hired to work on an album cover for Usher. After agreeing to work remotely from the UK, he worked from 2pm 6am daily to complete on the project with them. The album was never released.