When Platitude Becomes a Form 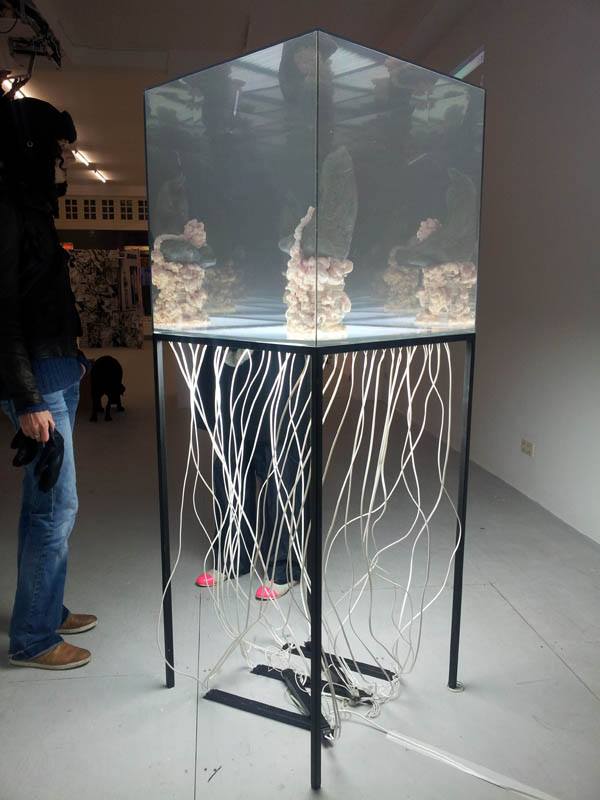 source: christopherkulendranthomas
When Platitudes Become Form claims to ‘manipulate the processes through which art is distributed in order to set in motion the mechanisms of social change’ and under such explanation would tend to be perceived by the viewer as honest discourse considering the supposed transparency of it’s exposé and the implied integrity in its claim for social change. This apparent honesty begins to fall apart, however, through incoherencies between Christopher’s personal action towards individuals and his fabricated public-facing persona. Also, how is pimping an artwork from Sri Lanka with a Nike top and then reselling to Zabludowicz realising ‘social change’? At best this work seems to question spurious value systems within Western, male constructs to which the artist himself is not rising above.
.
.
.
.
.
.
.
source: hmuseumarteutilnet
When Platitudes Become Form
Description:
The project when-platitudes-become-form by Christopher Thomas Kulendran, involves re-configuring, for the Western art market, the works of Sri Lanka’s young artists. Taking the whole system by which art is distributed as its own materials, the project aims to raise funds in support of the communities displaced by the civil war, channelling non-government controlled resources to the formerly Tamil-occupied territories.

Beneficial Outcomes:
The project raises funds; establishes an online / offline media platform for social change (an open-source tool that can be taken up by anyone anywhere); is based on Forum Theatre (Augusto Boal) within communities displaced by civil war; channels resources that are not under government control to the formerly Tamil-occupied territories.
.
.
.
.
.
.
.
source: martagnyp
The work of London-based artist Christopher Kulendran Thomas focuses on questions of how the art of our time produces reality and how the ecology of art structures its world. Of Sri Lankan origin, Thomas was born in London after his parents fled escalating civil conflict in their home country. His work now engages the social and cultural dependencies between the West and the East.