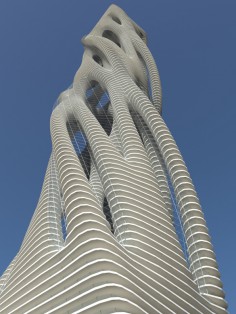 source: danielwidrig
Daniel Widrig founded his studio in London in 2009. After graduating from the Architectural Association Daniel worked for several years with Zaha Hadid where he was significantly involved in designing some of Hadid’s most iconic buildings and products.
Daniel Widrig’s studio now works in a broad range of fields including sculpture, fashion, furniture design and architecture. Embracing digital systems since its early days, the studio holds a unique position in the field and is widely considered to be in the vanguard of digital art and design.
Daniel has received international critical acclaim and has been published and exhibited internationally. He received a number of prestigious awards including the Swiss Arts Award, Feidad Merit Award and the Rome Prize. In 2009 Daniel was named Maya Master, a title awarded by the digital design community and software industry recognizing people reshaping and redefining the boundaries of technology and art. Prior to founding his studio Daniel was Artist in Residence at the German Academy Villa Massimo in Rome. In 2011 his 3D printed dresses, developed in collaboration with Dutch fashion designer Iris van Herpen were named one of 50 Best Innovations of the year by Time Magazine.
Amongst others his work has been shown at Art Basel, Paris Fashion Week, Gropius Bau Berlin and the Victoria and Albert Museum in London.
Alongside his practice Daniel is currently directing a research cluster at the UCL / The Bartlett’s Graduate Architectural Design Program.