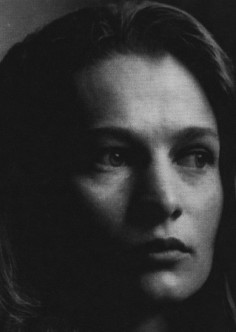 Eliane Radigue was born in Paris on January, 24 1932. She studied electroacoustic music techniques at the “Studio d’essai” of the RTF under Pierre Schaeffer and Pierre Henry, later becoming Henry’s assistant at the Studio Apsome in 1967 and 1968. She worked for a year at the New York University School of the Arts in 1970. Her music, its source an ARP 2500 synthesizer and medium recording tape, attracted considerable attention for its sensitive, dappled purity. She was in residence at the electronic music studios of the University of Iowa and California Institute of the Arts in 1973. In 1975, Radigue became a disciple of Tibetan Buddhism. After four years of study, she began a large-scale cycle of works based on the life of the 11th century Tibetan master Milarepa. Radigue’s music has been performed throughout Europe and the United States. She currently lives in Paris, where she continues to compose electronic music and to study the teachings of the Tibetan lamas.

Eliane Radigue works with electronic sounds on tape to create an ambience within which sound seems to move in a continual flow around the listener. Her music has been described as “infinitely discreet … next to which all other music seems to be tugging at one’s sleeve for attention.” Michel Chion in “Les Musiques Electroacoustiques”

Transamorem – Transmortem (1973)
“Before the greatest achievement
Before the greatest detachment.
At the limit of the frontier space of the unconscious – tuned waves – “consonant things vibrate together”.
Where does the change happen? In the inner field of perception or the exterior reality of moving things in the course of becoming.
“And time is no longer an obstacle, but the means by which the possible is achieved”.

“Transamorem – Transmortem” was premiered on March 9, 1974 at The Kitchen in NYC, where the music programmer at the time was Rhys Chatham – this was right before his guitar phase. During this period, “Transamorem – Transmortem” was presented along with other compositions by Eliane Radigue in a linear mode of listening, although the piece had originally been conceived, during its composition, as a sound installation. Of course, both modes of listening are possible, and each works marvelously in its own way.

In their original form, Eliane Radigue’s works are magnetic tapes. After being played a few times in public, the tape disappears to its case until a release proposal makes it available again through a disc.

During this period Eliane Radigue’s compositions became fairly long, some lasting over an hour. Because the tracks could not be edited for some obvious reasons, a vinyl release was unthinkable. It was only in the 90’s, with the advent of the CD format, that the long compositions of Eliane Radigue were made available (with the exception of the “Song of Milarepa” LP on Lovely Music, a work already divided into multiple movements and thus able to be fit onto two sides of an LP). For these reasons, the work of Eliane Radigue remained virtually unknown for twenty years – from the 70’s to the 90’s.

It was in 2004, when she accepted my aid in digitizing her archives, along with Lionel Marchetti, that I discovered “Transamoren – Transmortem.” Immediately, I was awed by the majestic grace of this very long tangle of frequencies, this set of seemingly unchanging tones, whose variations are of a delicate subtlety. “Transamoren – Transmorten” is recognizable as one of the most radical of Radigue’s compositions, comparable to the first “Adnos,” the work that follows “Transamoren – Transmortem” chronologically. Very few transformations, an apparent formal aridity that is then contradicted by the physical play of the frequencies as the listener turns her head gently from right to left, or better yet as the listener moves slowly throughout the music space. Moving through zones of specific frequencies, the listener’s body experiences localized zones of low, medium and treble frequencies which vary according to the acoustic properties of the space. As Radigue wrote of “Adnos”: “to displace stones in the bed of a river does not affect the course of water, but rather modifies the way the water flows.” Here, we find the same meditative tension proposing a peaceful movement through the spaces created by the different frequencies that compose “Transamoren – Transmortem.”