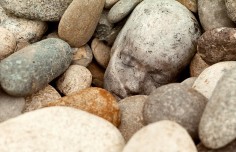 The artist duo Vera Lehndorff / Holger Trülzsch created a rich and compact oeuvre in the ’70s and ’80s. Before they met, Lehndorff had a career as Veruschka, the celebrated supermodel of the ’60s, declared by photographer Richard Avedon to be “the most beautiful woman in the world,” while Trülzsch explored the territory of art, music, and politics as one of the leading figures of the student movement in Munich in the ’60s.
.
.
.
.
.
.
.
source: popolvuhnl

Holger Trülzsch was born and raised in Munich (1939). Both his parents were architects.
He studied painting and sculpture at the ‘Akademie der bildenden Künste’ in Munich.
Successively he worked as a sculptor, musician, painter, and finally as a photographer.
He was co-worker for ‘Die beispiellose Verteidigung der Festung Deutschkreutz’, a short film by Werner Herzog (1967).

From that same year dates his first musical effort: ‘Projekt 1967′ (‘Klangskulpturen in geschlossen und freien Raumen’). In 1969 he joined Popol Vuh and played turkish drums on ‘Phallus Dei’ by Amon Düül II. In 1970 he assisted Embryo on their ‘Opal’ album, playing bongos. In 1970 his collaboration began with photomodel Verushka (Vera von Lehndorff) that lasted for two decades. Famous are their ‘Oxydationen body painting’-series.

Gottliebe von Lehndorff, the mother of Vera, owned an estate in Peterskirchen outside of Munich. This is where Popol Vuh, Anima (Limpe and Pauls Fuchs) a.o., settled down at the end of the sixties. Holger Trülzsch still has a pied à terre there. Since 1983 he lives mainly in Paris.