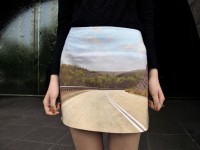 Karla was seven when the war of independence broke out in Croatia. Her family moved to Germany and then returned to Croatia while they planned their next steps. They arrived as refugees in Australia in 1993. Karla was 10.

Karla’s interview with “The Dreamers” :

“I never ever consider giving up,” she states emphatically. “Sure, it gets hard when things go wrong… but things always work out in the end. I love what I do and I couldn’t see myself doing anything else, so I never think of giving up when I’ve worked so hard to get to where I am now. I don’t want to throw it all away … I’m motivated because I’m always learning something new and I have creative freedom. It’s so exciting.”