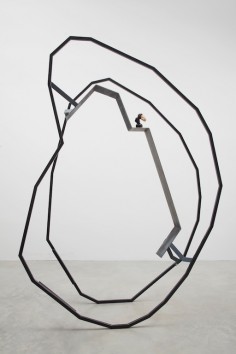 Subtly and with ease, KASIA FUDAKOWSKI creates objects, sculptures and installations which are like characters transforming the gallery into a great forest of delicious and sinuous forms that while invoking surrealist associations, at the same time recall abstractly figurative forms in the midst of identifiable gesture.