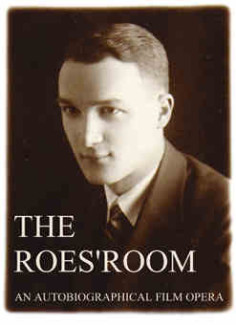 “A fantastical, haunting tale set in a house where nature fuses with – and eventually consumes – the lives of a family.”
Laurence Kardish, Senior Curator, New York Museum of Modern Art

“Ravaging intensity!.. In ‘The Roe’s Room’ Majewski has a vision of a kind of paradise or blessedness, though it is fleeting and melancholy, as the natural world invades a comfortable apartment. Grass and trees grow, blood flows from the walls, time passes in a smooth reverie of beautiful music and imagery. The surreal, when it works, defies description. In ‘The Roe’s Room’ it works, with a sense of poetic decency underneath it and none of the coldness or superficial irony of so much video art.”
Philip Kennicott, The Washington Post

“There is a strange, entrancing beauty to the images and music in ‘The Roe’s Room’. Majewski creates striking visual tableaux that possess a memorable, haunting quality.”
Brendan Kelly, Variety

“Majewski’s normal multi-tasking takes on even greater dimensions in his absolutely singular ‘autobiographical film opera’. Writing (libretto and music), directing and designing this often limpidly beautiful ‘cycle of life’ parable, he conjures some remarkable images out of an extremely contained spatial and thematic environment…One of a kind.”
Gareth Evans, Time Out London

THE ROES’ROOM – AN AUTOBIOGRAPHICAL FILM OPERA

An apartment in an old building. A growing Son, middleaged Mother and Father – a pensioner. The story presents their daily routines in the stretch of a year… This simple description can be misleading since THE ROES’ROOM has multiple meanings.

In the XIXth century opera “emotions sang”, in THE ROES’ROOM it is the Son’s soul that sings (the voice of countertenor). He is a poet. His sensitivity creates his poetic autobiography.

On a deeper level, juxtaposing the manmade apartment with Nature (grass grows from the floor, a snowstorm comes from the refrigerator), THE ROES’ROOM is a story of the life and death cycle. Nature, the final victor, will devour the walls, tables and shelves: all these clean and even surfaces that man is so proud of.
.
.
.
.
.
.
.
source:kinolorbercom
In this “absolutely singular autobiographical film opera” (Time Out London), multi-talented composer, writer, director and artist Lech Majewski presents a stunning, intimate, and ultimately magical work of unbridled creativity. A ravishing ode to the imagination, THE ROE’S ROOM is a place where the energy of youth and the eternal power of the natural world triumph over the banalities and deprivations of the commonplace.

Within their apartment, a father, mother and son bear the dulling yoke of an ordinary urban life. His mind and heart borne aloft by the cycle of the seasons and the images and music within him, the son transforms his cloistered existence into a richly poetic emotional utopia. As autumn arrives, cracking flakes of plaster become falling leaves. With spring, a cold hard floor comes alive with meadow grass and love beckons in the form of a beautiful young girl’s outstretched hand.

Accompanied by the Polish National Symphony Orchestra and the Silesian Opera Chorus, Majewski gilds the THE ROE’S ROOM with “remarkable images” (Time Out) of “strange, entrancing beauty” (Variety) and creates a soaring theatrical Eden in which life goes on, love blooms and dies, and nature has the final say.
.
.
.
.
.
.
.
source:movieseatthesoulblogspotcom
(1997 or thereabouts depending on who you believe) 90 minutes. Not rated – full frontal nudity, sexual activity, disturbing images.
Amazon says…Within their apartment, a father, mother and son bear the dulling yoke of an ordinary urban life. His mind and heart borne aloft by the cycle of the seasons and the images and music within him, the son transforms his cloistered existence into a richly poetic emotional utopia.

The 73rd Virgin says… I believe they call this kind of film “challenging”. It is subtitled, “An Autobiographical Film Opera.”

Lech Majewski (Muh-YEV-Skee) was an unknown quantity to me when I rented 2010’s “The Mill and The Cross” on a whim and found a visually fascinating film with, it would seem, thousands of green screen shots used to recreate and more or less animate Bruegel The Elder’s 16th Century painting “The Procession to Calvary”. The overall effect was a beautiful, somber, thoughtful movie that also managed to be a special effects extravaganza.

One of the stars of TMATC, Charlotte Rampling, said she had wanted to be in a Majewski movie since seeing “The Roe’s Room” which she considered to be a great work of art. And that was good enough for me. So I disregarded Netflix’s 2.1 star rating and Rotten Tomatoes’ 38% Fresh rating and IMDB’s 8.3 rating (from all 54 users), figuring all those stump-toothed proles just couldn’t appreciate great filmic art. Turns out this prole couldn’t either.

Majewski shoots beautiful set pieces that are lit like the Dutch Masters with mostly warm light streaming into the apartment of an odd young man who lives with his parents and his active imagination and/or dream life.

Scenes show his growing fantasy world separate from his parents. Like when his room fills up with grass that needs scything, then a few little deer (roe deer), then a whole lot of people, then a girl from across the courtyard along with whom he will do some full-frontal work.

Now, I’m from Houston. As I watched Dad mow the grass in the apartment I kept thinking, “you can hire someone to do that – a mower, couple leaf blowers, you’re done.”

Later a tree grows up from the apartment below and they all walk around it and worship it I guess. Then the kid looks through the roots to the apartment below where a Lothario has a different woman every night. Sometimes the kid spreads a table cloth. In fact he spreads quite a few. Periodically, Majewski places character’s faces in close-up in front of yet another painterly scene.

The entire dialog is sung by offscreen voices. The onscreen actors often don’t move their lips, so it’s not like they’re lip-syncing, except sometimes they do. They’re just moving around with these long impenetrable chunks of dialog (or better yet, internal monologs) being sung for them. Granted, reading the subtitles of sung lyrics not synced to anyone’s mouth on-screen could make even Tarantino dialog seem dull after a while, but the movie also simply doesn’t go anywhere until near the end. And since we are limited to the interiors of these lonely rooms, there is only so much visual interest that can be generated no matter how much wildlife or nudity are presented. I can’t say that there was much discernible resolution, redemption, advancement of story or character development.

Occasionally the use of extreme close-ups on a face or eyeball or the back of a head that then morphs into another scene, and the use of harsh ambient sounds, calls to mind elements of a bright, colorful Eraserhead. However ghastly and weird that was, the story actually advanced. If there was any movement here, I missed it.

If it’s “all a dream” then it’s perhaps not dreamy enough. If it’s all symbolic, then the shot on video production looks too literal. If it’s a rumination on Majewski’s grey youth in grey communist Poland, then I guess I already knew it was grey, and I’m generally aware that sons think their fathers are pretty worthless. As an exploration of a young man’s relationship with his parents, it is not without power, but my little literal mind couldn’t keep up.

I would gladly see another Majewski, and with 20 seconds of diligent digging I find he is a major figure in “cinema” and obviously hugely talented. He reportedly painted an entire copy of “The Procession to Calvary” for TMATC, has written and produced operas, published novels and books of poetry, and staged outdoor theater along The Thames. I am in no way worthy, but this one left me cold.

The final scenes of a death and funeral carry real power and left me wishing I could have understood the rest of his visual vocabulary. Maybe there’s a class or something.